2nd Loan Mod rumors have been around for some time. Who knew? My colleague has handled a few in the course of modifying combined loans. With different lenders it's not exactly a picinic. Officially, this Directive to modify 2nd Liens was issued in August 2009, but not adopted by any banks until January 2010. Now Bank of America, Wells Fargo, Chase (others mooted) are participating: Of course, Banks interpret these guidelines liberally as do the investors.

According to a local Bankruptcy Attorney "This is good news for some of my clients.  In some Chapter 13 cases we are able to void the second mortgage if there is no equity in the home above the amount owed on the first. "

The 2MP Directive reads: "Under 2MP, when a borrower's first lien is modified under HAMP and the servicer of the second lien is a 2MP participant, that servicer must offer either to modify the borrower's second lien according to a defined protocol or to accept a lump sum payment from Treasury in exchange for full extinguishment of the second lien. The 2MP offer will be made in reliance on the financial information provided by the borrower in conjunction with the HAMP modification and without additional evaluation by the second lien servicer."

For the full document: https://www.hmpadmin.com/portal/docs/second_lien/sd0905.pdf

This program will land June 2010 with Bank of America loans that are more than 120% under water and over 60 days delinquent. We could get down to serious business saving homes. According to the news blurbs less than 2% of modified loans have involved principal reductions to date. This could change!

The US Treasury Department Administers HAMP. No watchdogs. No visible means of support.

Now, concerns that "silent" second liens pose extra risk to first lien bond holders in residential mortgage-backed securities (RMBS)  has raised issues whether there will be even less investment in US Bonds or Securities by foreign investors. (Transate: any investor). House Financial Services Committee chairman Barney Frank (D-Mass.) is urging the big box lenders to pursue "write down second mortgages." The very same House Committee that handed out our dollars to these very lenders to stay afloat.

As my pals Frank and Brian at Think Big Work Small suggest: as the Feds pull out of the RMBS market we have just a couple of days before RATES, FHA fees and all things mortgage are going up. Just in time for Spring! http://www.thinkbigworksmall.com/mypage/archive/1/50105

Are you speaking up yet? www.congress.org

Susan I am very skeptical and believe it is all just PR.

Eric, One certainly wonders what banks are willing to part with!

I will believe it when I see a Lender do ANYTHING to help an under-water homeowner as opposed to lining their pocket. Sure they have modified a percentage of loans, but I am not holding my breath at a "principle reduction". And if that is the case, they will be few and far between.

Your cynicism is understandable given recent displays of greed. So far our Mods are just being denied if the person has insufficient income to meet 31% DTI on their floor rate of 2%.

The principal reduction scheme propses to 'set aside' up to 30% their of their loan with a five year recovery window and buy time. We shall see if banks are willing to offer these terms. Like you, I am not all that hopeful of real generosity without sufficient goverment incentives.

But what is the alternative? MORE foreclosures and lower values across the board?

NEWSFLASH! A client's modification papers came back OFFERING a principle reduction on the MHA program. Funny. We didn't even ask for that! But in this case it seems to me they are doing it to lower the balance and help them qualify. IMAGINE THAT!!!! Help from a national bank that took your TARP money!!!!! 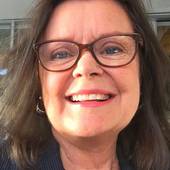