Thanks to the Fort Collins Board of Realtors' effort to educate the Fort Collins City Council of the reasons why they should not mandate that every new single family home have a fire sprinkler system starting in 2013. The mandated systems are controversial because of the weighted vote by the suppression system manufacturers in Sept. ’09, the lack of data to warrant the high cost to new homes, and the current response time of Poudre Fire Authority. Public hearings will be held in September for approval of the entire Code package, but FCBR's government affairs director received a letter from Fort Collins City Manager, Darin Atteberry, stating that the suppression system would be removed from the code.

Being a member of the Fort Collins Board of Realtors and on the Government affairs committee I believe that this is in an important part of keeping Fort Collins an affordable place to live. During the Government AffairsCommittee meeting when this issue was discussed there were several questions that led to the decision to oppose the mandate. Some of those questions included: How much would this mandate raise the cost of new homes? Does the existence sprinkler systems reduce the safety risk of a fire? How much additional time does a fire sprinkler system buy the fire department in preservation of the home and lives endangered?

The main concern was that there was insufficient data to answer these questions and that there was data to show a significant increase in the affordability of new homes.

Groups:
Realtors®
The Lounge at Active Rain
Posts to Localism
Dedicated Bloggers
Diary of a Realtor 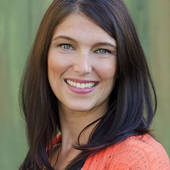