Often the butt of jokes from visitors from neighboring states, and negative stereotyping from TV shows like the Sopranos, despite all of that, New Jersey continues to attract people looking for good paying jobs, quality healthcare and education, awesome leisure activities, and a great place to raise kids.

I am quick to acknowledge that New Jersey is not an inexpensive state to live in. The definition of best does not mean "cheap" or "inexpensive".

While you may be paying more, New Jersey has the nation's best state and municipal services contributing to an infrastructure that supports a safe environment and a variety of quality of life services. As a wise old man once told me "You get what you pay for".

Top Five Reasons Why New Jersey is the Best State to Live In.

Healthcare - By almost any measure, NJ is at the top of any list in states with the best healthcare. Ranked #1 in lowest (best) population under served by primary care physicians and ranked 7th in lowest infant mortality rate in 48 states. Source: AARP. Ranked 8th out of 50 states in number of Physicians/1000. Source: U.S. Census Bureau 2004-2006 Data. And just across the river in NYC and Philadelphia, New Jersey residents have access to some of the best medical institutions and doctors in the world.

Low Crime Rate - Ranked 4th in property crime and 13th in violent crime out of 31 states east of the Mississippi River. Source: U.S. Census Bureau 2004-2006 Data. And when you consider that New Jersey has the highest population density in the U.S., New Jersey is a very safe place to live and is a credit to the state and the municipalities in crime protection and law enforcement.

Geographic Diversity - With outstanding beaches like Wildwood being the best on the East Coast, beautiful hills and mountains in Northwest NJ, and quaint Victorian towns like Cape May, New Jersey's diverse geography is easily accessible within an hour's drive from almost any place in the state. National Geographic magazine has called New Jersey "America in Miniature."

OK Camille, so what exit are you? 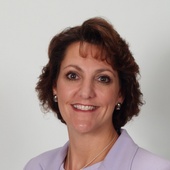 A Q&A style postings. Questions are asked from actual consumers through our website JustJerseyRealEstate.com and other social media outlets about the real estate market in NJ. Feel free to contact me directly with your own question or FOLLOW ME on Twitter @ItsJersey2Me for real time activity updates.