Before building in Lenox Park, we lived in the Pine Hills neighborhood in Atlanta for over twenty years. I thought Pine Hills was a wonderful neighborhood.  It was quiet, safe and everyone took care of their homes, without the need for covenants.  Pine Hills was walking distance to the major regional mall, Lenox Square, and too many restaurants to count.  My wife and I lived comfortably in the same home on Goodwin Road until we realized we needed a change.  In 2001, I was traveling out of the country most of my time and my wife worked very long hours for AT&T, so we needed to downsize the yard but we wanted more inside space.  This led us to Lenox Park.

For as long as I can remember, the Standard Club & Golf Course existed in the space where the new development of Lenox Park was being built around 1990.  Lenox Park was a planned unit development designed to accommodate a wide spectrum of residential and office space, and was closer to Lenox Square and MARTA (Atlanta's mass transit system) than where we had lived for over twenty years.  The development was planned so that anyone who cared knew where the office buildings, detached homes, condominiums and apartments were to be built.  There would be a primary HOA that every owner was a member and within the park each neighborhood would have its own HOA.  Most of the common cost would be paid by the office building and apartment owners, so the common costs for Lenox Park would be very low for the individual home owners.  Later, Lenox Park allowed an assisted living facility and hospice to be built in the park, so anyone could live their entire life within the park.

Within Lenox Park, there are large expanses of land kept as open space for all of the neighbors and guests to enjoy.  There are two lakes, two bridges, two lake fountains and one waterfall to enjoy.  There is a sidewalk circling the greater Lenox Park and also a shorter hiking path circling the lakes.  The open space around the larger lake is filled daily with locals who live and work in the neighborhood-walking, picnicking, and throwing Frisbees, footballs and baseballs.  If you have lived in a congested city for a long time, the first time you see this open space with its well maintained grounds and lakes; it will take your breath.  It did mine.

We have lived here for ten years now and while we have a small front and back yard, we have no outdoor maintenance to maintain since all outside maintenance is done by a common landscape service.  Our total HOA cost for our HOA, which includes our share of Lennox Park HOA costs, is approximately $100 a month-that's right, it costs about $100 a month to live in an urban oasis with no required responsibilities for outside maintenance.

I plan to write more about Lenox Park in the future and maybe add some comments about nearby Pine Hills.

Since I owned two homes in Pine Hills I agree. I would state that one big benefit of Lenox Park is that it is a safe development where one can walk, jog and ride a bike safely. Pine Hills even though only a block away was very busy with no sidewalks and a "cut through neighborhood". One reason I moved was to have a neighborhood where my three children could walk, ride bikes etc.

Lenox Park is truly a "Park" if is a beautiful development with the well maintained grounds, lakes etc. you described. It's proximately to Buckhead and all the major highways make it an ideal Atlanta location. 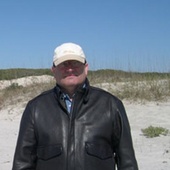