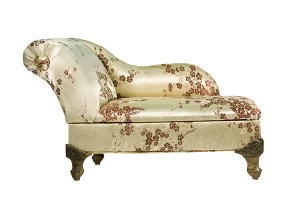 Often when I'm writing up statistics about specific neighborhoods, I will talk about the difference between asking and selling prices, usually in a % format. While absorption rates tell you about inventory and the speed with which things are selling, the spread between the asking and selling price lets you know about the mental health of the real estate market. A really large spread signals a disconnect between reality and fantasy, while a smaller spread indicates an understanding of current values and market conditions. While it's hard to pinpoint the peak of the housing bust (some would say we haven't seen it yet), for now the end of 2008/early 2009 seems to be the winner (rather, the loser!) for our close-in DC market.  For comparison purposes, let's take a look at three very different markets. In this case, I'll be using East Bethesda as my little microcosm.

For starters, let's delve into the crazy peak of the market in East Bethesda, Spring 2005 (specifically April 1 - June 30). During this time:

Right around the end of 2009/early 2010, mortgage money began to ease up.  Larger loans (at least in our area) were making a come back, and bridge loans were beginning to show themselves again, albeit, sparingly.  The Spring market in East Bethesda 2010 looked like this:

You may wonder why this is important.  After all, a seller can put any price tag they like on a house.  Yes- that's true.  But these figures reflect only the homes that have actually sold.  If your neighbor thinks they'll get $1,000,000 for their $875,000 home, then it's unlikely that they'll be accepting a fair market offer, and it's also unlikely that they'll be selling any time soon.  Buyers are too smart to fall for an over-priced home. An over-zealous asking price signals an unreasonableness or, dare we say, craziness on the part of the seller.  A lot of buyers won't even consider making an offer on a home that is unrealistically priced.

As a buyer or a seller understanding the relationship between asking price vs. selling price is instrumental to getting a true sense of the market. If you have any questions, give me a holler!

We are currently at 84% of asking. Sellers won't lower thier prices because they know any offer they get is going to be well below asking.

Those that do lower their prices still get beat up.

Marcie, I love the idea of the "mental health" of the market.  I think that's a great way to put it.  The gap signals confusion and denial while in a market like that of 2005 things are pretty straight forward and more "sane" if you want.  (Sellers can relax in a quick market because it almost doesn't matter what they decide and do.)  This goes for both sides, though: If there were stats for a List Price to Original Offer Price or Original Offer to Sold price, you'd find that many buyers are seriously affected as well.  :-)

Lori, Kathy & Cati- thanks for weighing in.  Kathy- your Florida market has been badly beat up... we have it pretty nice in DC comparatively.  Cati- interesting take!  If only we could capture that information easily...