The moratorium implemented by a number of lenders on the sale of distressed properties is not exactly welcome news to home sellers and buyers in Wichita, Kansas. According to local realtors, the freeze is not being seen as a form of foreclosures help, even by homeowners threatened by foreclosure.

Realtors report that the temporary suspension imposed on the sale of foreclosed properties have left hundreds of distressed dwellings waiting for purchase agreements to be closed while they continue to deteriorate and lose value. For homeowners facing foreclosures, most of them have admitted that the freeze will only be temporary and that they will still likely lose their properties unless they find an alternative agreement.

A considerable percentage of Wichita housing industry is affected by the moratorium since almost 10% of the city's mortgages are handled by Bank of America, one of the lenders that decided to implement a sales freeze. Ally Financial, JPMorgan Chase and PNC Mortgage have also implemented a temporary suspension and all three have shares in the Wichita housing market, albeit not as much as BoA.

Although the impact of the moratorium on Wichita is not on the same level as other U.S. areas, city realtors still believe that the freeze is not doing much to provide foreclosures help to the area's housing market. According to them, instead of giving relief, the move has resulted in home selling activities being put on hold. They reported that as an example, last week's sheriff's sale in Sedgwick County resulted in only 17 houses getting sold out of 62 that are available to buyers.

Local realtors have estimated that at least 10% of foreclosed properties in the Wichita market will be affected by the moratorium. These properties, they added, will have to wait until the suspension is lifted, which means that they will remain vacant and empty while no progress is being made on their sale. Realtors are expecting the prices of these properties to decline within a few months since deterioration will be the likely result of the lack of sales activity.

Most housing market analysts in the city have stated that they do understand the need for an investigation, but they argued that actions should be taken without affecting the sale of foreclosed properties. They further added that such a move does not offer foreclosures help to those who need it.

Original Post: Wichita Does Not See Moratorium As Foreclosures Help on StopForeclosuresHelp.com. 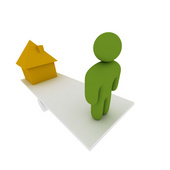