All four arching sections of the pedestrian bridge over the west-end rubber dam near Priest Drive have been completed. A sprinkler system that should have been finished years ago to protect the dam from sun damage is now installed.

When finished next month, the bridge will provide a vital connection between the northern and southern shores of the lake that will allow thousands of bicyclists, runners and walkers to cross without competing with traffic, Tempe officials say.

This week, strolling couples stopped near the bridge to watch the amber glow of the sun reflect on the lake. Joggers, skateboarders and inline skaters whizzed past the water's edge. The aesthetic design of the bridge awed many of the passers-by.

Phillip Edwards, 25, noted the beauty of the bridge as he watched a slate-colored crane resting under the span, preening its snow-white-speckled feathers. Edwards regularly drives from south Phoenix to jog around the lake.

He usually crosses the lake at Priest Drive using a small sidewalk protected by a railing from the busy street or at the Mill Avenue Bridge using a wide sidewalk that has no railing.

"It's an attraction. I've been all over Arizona, and I've never seen a structure like this," he said, adding that it may not be as practical as it is attractive. "It draws attention, but it's not the best use of (financial) resources. I use Mill Avenue (Bridge) . . . (and) feel perfectly safe. There should be no need for another bridge."

Kelton Spresser, an 18-year-old Phoenix native and Arizona State University student studying design, said the crisscrossing steel beams are eye candy for a would-be architect. Spresser is living in a Tempe dorm and skateboarded to the lake this week. He said he looks forward to crossing the bridge when it opens.

"Growing up here, I'm so used to seeing Phoenix have a bad problem of building outside the city and sprawling out," he said. "My opinion is . . . it's good to see (federal funds) be spent within the city on something everyone can use."

The bridge is expected to cost $5.1 million. At least $3.4 million of that is being paid for with federal funds.

Tempe expects the bridge to be completed by the end of September and open to the public by early October.

It will provide easier access to the Tempe Center for the Arts, Tempe Beach Park and downtown on the southern side of the lake as well as to the marina, sand-volleyball courts and Papago Park trails on the northern side.

The bridge also will shade the rubber bladders that make up the dam. The sprinkler system attaches under the bridge and over the rubber to keep it cool and wet to prevent the kind of deterioration that contributed to the dam's collapse last year.

Such a sprinkler system was never installed over the rubber bladders that burst. Tempe and Bridgestone Industrial Products Inc., the dam's manufacturer, have argued over who is to blame. But, in a legal agreement two years ago, Bridgestone agreed to lend Tempe the four rubber bladders that make up the west-end dam while the city looks for a permanent replacement.

Andy Goh, a Tempe engineer, said Tuesday that the sprinklers are installed and working but not turned on yet because construction is continuing.

A consultant whom Tempe hired to examine options for permanently replacing the temporary dam is slated to unveil costs and types of permanent dams to the City Council at a Sept. 22 study session. Soon after that meeting, Tempe will host a public forum to get feedback on the dam design.

Although much of the major bridgework is done, including the concrete deck and installation of handrails and massive bridge cables, contractor PCL Construction still has a lengthy list of detail work.

Town Lake is one of the state's most visited man-made attractions. This is the first pedestrian-only bridge to span the lake. Those who walked past the bridge this week offered a variety of opinions, including support for what some said will be a frequently used public resource and disdain for what others called a costly taxpayer-funded waste.

Tom Gilbert, 78, said he came to the lake to see if the city had finally installed the sprinklers. Gilbert, a Scottsdale resident, said that given the troubled economic times, he could not support the investment.

"Right now, the government needs to create jobs. It (bridge construction) gives people some work, but not enough people work to justify the cost," he said. "Even the cost of supporting this lake at this time is a terrible problem."

Gilbert's wife, Mary, peered down at a raccoon navigating the wetlands immediately west of the bridge and lake. She argued that her husband did not realize the usefulness of the bridge.

"It adds to the amenities down here," she said, "and I think a lot of people will use it." 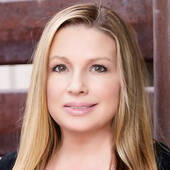