------------------------------------------ Rotary Club of Villa Park Newsletter Farewell to Our Friend and City Council Member Bob Fauteux Many of our members learned that Bob Fauteux had passed away on Sunday. He was remembered fondly for his hard work on our city council, but also as a warm and friendly citizen of Villa Park who often sat in on our Rotary meetings. He will be dearly missed by those of us who knew him. Several members spoke warmly of the time they spent with him. A memorial service for Bob will be held today at the Trinity Episcopal Church at 4PM.

Birthdays/Anniversaries: Jilll & Dennis Kuli are celebrating 49 years of marriage. They're going cowboy dancing at the Ranch.

Lisa Reese celebrated a birthday on February 13- Brad will take her and the family out to dinner this Sunday.

Guest Presentation: Sean Scota presented his Eagle Scout Project titled, Gear 4 Goals Sean is an avid hockey fan and player and wants to buy used hockey gear for underprivileged kids. Goals is an acronym for Growth Opportunity Athletic Learning Service Sean is asking us to help support his project. Jill Kuli is suggesting this would be a good Community Service Project for the club. We passed the hat this morning and collected $100. Announcements:

Jill Kuli is looking for additional volunteers to help with Meals on Wheels. She passed around a sign-up sheet at today's meeting, but members interested in lending a hand can contact Jill.

Pete Moriarty reminded us that those members who want to attend next Monday's joint anniversary of the Orange and Anaheim Clubs need to get him their $20 deposit by tomorrow. The event is at the Anaheim Stadium, Monday February 27th from 4-7 PM and features a no host bar, heavy hors doeuvres and a tour of the stadium.

Ed Carter- reminded us that the Villa Park Elementary Dad's Club is still collecting clothing for their clothing drive. So far they've received 170 bags and want to hit their goal of 1000 bags. The Dad's Club is also putting on a golf tournament at Strawberry Farms on May 1st. Sign up to attend or be a sponsor.

Teri Brooks is asking us to bring in empty plastic shopping bags for the women at the Covenant Presbyterian Church can make waterproof mats for the homeless.

Nagy Ibrahim-let us know that next weeks program will be Bruce Rahm talking about Boyscout Troop 850.

New members can set up dates to do their Craft Talks in April, May and June contact Nagy to set a date

. Bob Meyer-reports he bought soft balls and frisbees with the $210 the club donated last week. We sent 6 footballs, 4 volleyballs and a bunch of other goodies to the troops.

Report on Last Weekends Trip To Caborca Mexico Mike Brunhober, Ken Caplin, Jason Mefford For many years Mike and Ken have been taking a busload of Rotarians to Caborca, Mexico to administer Polio Vaccine to the children in the village under age 5. During this same period they have developed a warm working relationship with the local Rotarians that has led to other Rotary Projects in the area. During a dinner on Saturday Night the hat was passed to raise funds for the Children's Medical Fund in Caborca and this year's donation totalled $9000. Jason Mefford went and was happy to get a first hand look at what Rotary is doing to help prevent Polio, a disease that afflicted Jason's mother and sister. Also seeing how little the people there had makes you more grateful for what we have.

Ken Caplin distributed a booklet called, "Two Little Drops" andMike Brunhober prepared a detailed agenda of the weekend events. Visiting Past District Governor of District 5520 Neal Johnson lauded the program and encouraged everyone to participate on the next trip scheduled for February 15-17, 2013.

Happy Bucks: Milt Stamos pointed out that Pam Dunn must still have it because the young Boyscout couldn't take his eyes off her.

Bob Meyer attended the Douglas Air Museum and was happy to see his name and photo of World War II Gliders at the exhibit.

Tom Grundy was happy to announce that the club had passed the hat and collected $100 that will go toward the Gear 4 Goals Boyscout project.

Bill Langstaff is happy to be here following his being hit by a car while riding his bicycle. He suffered some minor injuries, but is doing better. He also was excited to report that the Villa Park City Hall renovations are proceeding along smoothly.

Lesslie Giacobbi that Eric Sense's treatment helped relieve her back pain. She is also happy that Bob Grandolfo is visiting the club.

Bob Kreisberg announced that he is consulting with physician at the City of Hope about having a Stem Cell Transplant to help cure his cancer. If he undergoes treatment it will require a 28 day hospital stay and then he needs to avoid contact with people for some time. His daughter will help with his wife Fran, but Bob is hoping club members can be available to help her from time to time. The club agreed that they are more than willing to help and wished Bob well.

Brad Reese had three close friends who have had Stem Cell Transplants and all three are disease free and doing well. Bob isn't sure when he will undergo treatment owing to the preliminaries that have to be done, but he assured us he is feeling well and hopes this will be done in a timely manner. The club wished Bob well.

Jill Kuli announced that members who want to purchase a brick to be placed in front of the city hall can still do so for $100 until March 12th. The bricks can be inscribed with your name or the names of others you wish to memorialize.

Lesslie Giacobbi thanked Steve & Lainey Stern along with Betsy & Jim Little, Elizabeth Usher and Robbie Pitts for the delicious Valentine's Day Dinner this Tuesday evening at the home of Steve and Lainey Stern. Ten couples from our Rotary Club enjoyed a wonderful meal and great wines.

Bryan Nash reported that Pam Dunn heard us singing this morning from the church parking lot. Fortunately we were most in tune.

Steve Stern Topic: Appraisals Steve talked to the club about the Pawn Shop business where there are loans, buys and sales that in no way resembles what you see on the reality show Pawn Stars. No day is the same according to Steve because you never know what will be brought in. Steve also says that internet sales have drastically changed the business because now people from all over the world can purchase items from your store. Steve specializes in antiques, guitars, guns and jewelry. Misconception about the Pawn Shop business abound and Steve tells us many of the customers are business men and women looking to get cash to infuse into their business. Larger loans can be from $2500 to $200-300,000 and the business is highly regulated, unlike stores that collect gold and do no paperwork. Unfortunately some of the gold or diamonds are stolen and without some of the safeguards in place the victims are out of luck. Steve says even more regulation is needed to prevent this. Pawn shops require ID and will hold items for 30 days working with the police to help return stolen goods. Loans are typically good for 4 months and can be renewed. Clients can either ask for a loan on an item or sell it to the store. Steve is also president of the Rotary Wine Fellowship and he announced that on June 16th their will be an outing on one of the tall ships in Los Angeles. Membership Update/Notification: 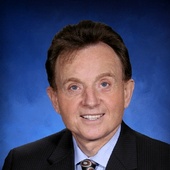 Articles which can help you to improve the sale of your home.