Quincy Point is the area of Quincy bordering Weymouth.

Quincy Point was home to the shipyard and was a very active yard during World War II. The shipyard opned in 1885 and closed in the late 1980's. During Worls War II, the shipyard built more ships than any shipyard in the Country. The shipyard at that time was owned By Bethlehem Steel Corp. wholater sold it to General Dynamics.

Early on the Fore River Engine Company, which was the start of the shipyard, was owned by Thomas Watson, who is known as the co-inventor of the telephone with Alexander Graham Bell.

The Shipyard was also where the popular phrase "Kilroy Was Here" began. A worker at the shipyard named James Kilroy wrote the phrase inside the ships as he inspected them. As the ships left during the war and traveled the world, the saying was addopted by servicemen as a rallying cry.

Learn all about the USS Salem here.

The shipyard in the late 1970's to early 80's won a contract to build five LNG's (Liquified Natural Gas Tankers). These ships were just under 1000 feet long with large spheres to hold the gas. A special crane was needed to construct these ships. The crane, called the Big Goliath, at the time was the largest crane in the United States, and second largest crane in the entire world. The Big Goliath can be seen from miles away, although I've heard it has been sold and may be coming down at some point.

The shipyard today is owned by a local car dealer. There are plans to develop the shipyard property into a waterfront community similar to Marina Bay with both residential and retail space.

Adjacent to the shipyard property is the Harbor Express, with boat service to Boston and Logan Airport. 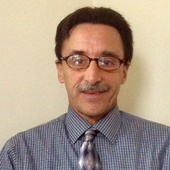