A Proud Grandfather gets to hang out with his Grandson

It seemed so long ago that I drove my eldest grandson to the recruiting office in Douglasville, GA to start his Army Career, but it has been just a year.  Now after a two week leave at home, I was again driving  my oldest grandson somewhere, this time to his home base near Savannah.  What a special treat for me to go on a road trip and spend 5 hours in a car, the two of us talking, reminiscing and just hanging out.

This time together was especially important to me because in just a few days he will be going on his first deployment with his unit.  You see he’s an Army Ranger

in the 1st Battalion, 75th Ranger Regiment (Airborne) and deployment isn’t just a romp in the woods.  For them it’s serious work.   Being a grandpa who has been deployed himself in another war over 40 years ago, it’s a scary time of waiting for him to return and wondering what he's doing while he's gone.  I’m sure it’s exactly how my parents felt especially my dad who in another war, 25 years before, was also deployed.

Did I mention that I'm also very proud!  At 19 years old he's the youngest Ranger in his unit.  To me it's quite an accomplishment, but to him it's what he's wanted to do since he was in the 6th grade when a soldier spoke at his school.

So for 5 hours we talked, laughed continued to make memories and had a good time.

Stopping for lunch created the opportunity for another memory maker.

A recently harvested cotton field at the end of the parking lot where we decided to have lunch left a remnant for this Yankee boy to get the chance to be a cotton picker.

Once we got to the base my grandson gave me a tour that I really enjoyed.

His barracks (a lot nicer than I remember mine to be) 43 Heroes of the 75th Ranger Regiment (Airborne) gave their lives since their activation of on January 31, 1974.  They are remembered here amongst the Rangers quarters on base. We even had time for a trip to the beach Another memory we made was a relaxing dinner with my grandson and his friend at Tondee’s Tavern on East Bay Street, which just opened that night.  Swapping war stories and just enjoying each other and getting to meet a new friend who also enjoyed Z Cars.

Morning came quickly and after a huge breakfast at a little out of the way local restaurant it was time to leave.   I thought back to when I left for Viet Nam and wondered if my dad and mom had the same lump in their throat that I did.   We hugged each other as we often do, I imparted my usual wise grandfatherly saying…”Make wise choices” and I started the trip back home.  5 hours in a car is a long time when you’re alone with your thoughts.  I was missing him already and looking forward to our next road trip.  Godspeed to my Grandson.

Pete, How awesome and how proud you must be.  It's exciting that you got to spend five hours with him and make more memories.

Memories for a lifetime for you and your grandson.

God bless you, Pete, and God bless the new Ranger in the family.  Please convey my appreciation for what he is doing, and Godspeed Ranger.

What a wonderful memory making trip to share with us Pete with your grandson. Well told, excellent pictures. The cycle of life continues and I wish him well.

Pete, I was so moved by your story. I will keep your grandson in my prayers. Godspeed to him and you.

God bless you all and may he watch over all of you that have served and are serving this nation!

Pete - Thanks for sharing and reminding us that there are many more lives impacted that just our service people.  We owe them and their families more than we would ever be able to tell.  It seems that for at least three generations, your family have helped to keep us safe and proud!  Blessings on all of you!

Pete:  I'm glad that you had this time with your grandson.  It's to be cherished, for sure.  He and his grandpa ... your entire family .. will remain in my thoughts and certainly in my prayers.  I hope he is home safe again and sound soon ...

What a lucky and proud Grand dad you must be. Cherish those moments!!

Pete, what an opportunity to make new memories to last until you see your grandson again. He will be able to share some great stories with his children and grandchildren about the memories with his granddad.

Good stuff....I like the whole concept and that Ranger Playground will make them all super stars in a few short months.

Hi Pete.. That's so sweet.. Spending quality time with your grandson before his deployment is something that would somehow give strength and inspiration to him. You must be a proud Grandpa and he too, a proud grandson!

Very cool. Thanks for sharing. I get to hang out with my grandsons tomorrow although they're much younger. The 3 and 1 year old leave me exhausted! Thanks again!

Pete, I can not imagine how proud you must be.  Cherish those memories.  That "playground" is a bit out of my league at my age I think, I'll leave that to the kids. 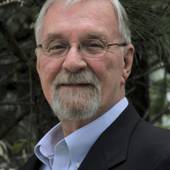