Home buyers looking for homes for sale in Rochester NY please read this important buyers horror story.  I educate all of my buyers regarding agency and give them very specific examples on how this can hurt you in writing a contract.  There is no need for you to disclose anything to the listing agent, unless you are asking the listing agent specific questions about the home.

I always represent my buyers at every showing and advise them against doing any open houses. With representation comes protection.  When you are looking for homes for sale in Rochester NY and surrounding Ontario & Wayne county Call NEWT.  Newt Knows Real Estate.

Raleigh.  Arthur and Dorothy (Dot) loved cruising neighborhoods and open houses in search of their dream home.  Were they about to make a very costly mistake?

They found a house.  Talk about curb appeal – this house had it in spades!  They called the number on the sign.  The agent’s office was nearby and she came right over.  They had no idea how much that would cost them.

Dorothy apologized profusely as they exchanged names.  Then she thanked the agent for dropping everything and coming right over.  The agent was friendly and gracious.  Arthur beamed and Dot could hardly contain herself.  They went inside.

As they entered, Arthur and Dot feared a letdown.  No letdown.  The inside was a great as the outside.  What a house!  Next step was how much.  Agent informed them that the asking price was $560,000.

Fast forward four days.  They had hired their own agent to represent them.  When the haggling was over, Arthur and Dot paid full price - $560,000.  They were still excited about the house but were perplexed that the owner was so firm on the price.  The house had been on the market almost a year after all.  It was almost like the agent had told the owner they were willing to pay full price.  They’d be angry if she double crossed them like that.  She seemed so nice.

They talked it over and decided to talk to their agent about it.  Shock is the only way to describe their reaction when their agent told them “Of course she told the owner.  She works for the owner and is required by law to tell everything.  She told the owner what you were willing to pay and how excited you were.”

Arthur and Dot fell victim to the old kiss and tell.  The anger subsided after a time.  It was replaced by embarrassment when they realized they had been naïve.  They would never bare their soul to another person’s lawyer before hiring their own after all.  The seller’s agent only did her job and she did it well. 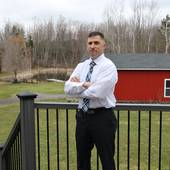