Take Me Out to the Ballgame

Today is the Seattle Mariners home opener, which is really exciting because it truly marks the beginning of spring in the Pacific Northwest.  As I make my way to the ballpark, I will be looking forward to the smell of hot dogs and garlic fries, as well as the sound of the crowd and the crack of the bat.  I love it, I really do.

I’m not really all that familiar with other ballparks around the country, but I know ours is located in a rather industrious area, one that I wouldn’t necessarily call an ideal place to live, but different strokes, right?

Yes, different strokes indeed; it turns out some ballparks inflate nearby home prices, and sometimes by quite a bit!  I came across an article in the Seattle PI, and I was rather surprised to see which stadiums cost the most to live near.

Where is your team’s home field on this list?  How does your ballpark fare?  And to all you baseball fans out there, no matter which team you love, have a great season!! 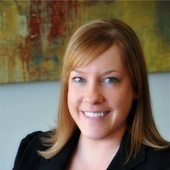 Search for homes all over western Washington: