488 Pine View School students who had fun with sticky WOWBUTTER and jelly, made 5,721 sandwiches in 30 minutes.  They unofficially broke the previous record of 2,706 in an hour, and achieved a 2013 world record. Amount of items used to make the 5,721 Sandwiches Students at Pine View School were aware of some people having allergies to peanut butter, therefore, they made soy based sandwiches, and all these sandwiches will be donated to four local food banks in the fight against hunger.

Important specific rules by Guinness for the Sandwiches:

Bread slices must be covered with WOWBUTTER on each side and jelly in the middle.

Bread slices must be placed on top of each other so that sandwich is neat.

The Witnesses will be checking and counting each sandwich after it is made.  Any sandwich not up to Guinness standards will be discounted.

Continue to make sandwiches until supplies run out or the whistle sounds to stop. Important Timers and Independent Witnesses for the 2013 World Record event:

No Guinness representatives attended the event .The following were the important timers and independent witnesses who have taken time from their busy schedule to help inspect and count the sandwiches, as well as made sure their efforts met all the organization’s standards. The Interact Act Club used 4 cameras to film the entire process as evidence.

Reasons for the 2013 World Record event by Pine View School:

Tell the public what they can do for its local community and inspire them to do the same.

Have fun to work together as a team and create a historic event before school ends.

What I learned from this event?

Take the challenge to learn, to do, and inspire others - especially those who lack of motivation.  I am proud of all the students and the project leader – Jeremy Kemp, 12th grade student of Pine View School.  Congratulations!

Groups:
Stories, People and Photos
Posts to Localism
WeBlog Anything (almost)!
Inspiration !!
WHAT'S SPRINGING UP IN YOUR AREA?

Congratulations to the students at Pine View School.

I am not familiar with WOWBUTTER!  I must be missing something good.

Hi Roy, WOWBUTTER is a soy based product tastes and looks like peanut butter.

Sounds like a fun event and a good cause to give the sandwiches to the local food bank.  Not only did they break the record but some families will have food to eat.

Hi Mary, thanks for stopping by and your comment. Team work is important

Hi Cindy, you are right. Three  birds with one stone, fantastic idea.

Kwee what an acheivement.  It was a great lesson in teamwork.

How fun this must have been. Congrats Pine View School Winners on this unique event!

Congrats to the kids of the Pine School for their accomplishment.  Well done!

Hi Kwee, to thet students of Pine View School on breaking the record .... making 5721 sandwiches in 30 minutes... now that is a record!

Kwee, that is a great accomplishment and sounds like it was a lot of fun tool  Congratulations to the ine View School!

When you mentioned this contest, I was anxious to learn of the results!  How exciting - congratulations to the Pine View School!

Hi, Kwee...even if a few sandwiches get disqualified it sounds like the kids shattered the old record. They will be tough to beat.

What a great record! Suggested to help get more attention for the wonderful community in the Pine View School District!

This is wonderful news!!!

Kwee, that was a lot of sandwiches and kudo to Pine View School!     Nice to see the old record shattered.

Kwee. Now that will be a record that will stand for quite some time. And to think that their efforts helped feed to the hungry now that is really impressive.

Way to go, Pine View Students!  That is so impressive.  Salute to the kids in Osprey, Florida!

This must have been a fun event and I am so glad they beat the current record. Thanks for taking pictures and reporting it to us. What did they do with the sandwiches afterwards? 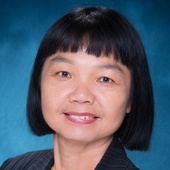