What You Resist - Persists!

This statement has never been so well demonstrated as by the former governor of New York, Elliot Spitzer. His inner unsatisfied urges that he was unable to fulfill were resisted. Everything we resist within ourselves is always and automatically put in our inner dumping grounds, called the shadow, a.k.a: the dark side. The fact of human nature is the longer something is resisted the more twisted it becomes. It then requires even more of our energy to resist, which twists it even more. There is not option for this. It is the way it is. We can and do try to distract from these inner resisted urges with an abundance of addictions, and we can also project it out onto others. We project it by finding the same issue in others that we don't like about ourselves, and then we go after these others with a vengeance.
This is what Governor Spitzer did, especially as Attorney General and his wife helped pick out the "hit-list." Since she rejected these behaviors as aberrant in others, he certainly could not share with her what he felt or needed that she might deem aberrant either, so that added more fuel to his inner fire, the shadow's fire.
Eventually, it was only a matter of time, his inner needs now twisted and grown into an out-of-control monster won out. This monster demanded expression and express it he did, at a great cost to himself, his family, and the State of New York. He did give us all some juicy gossip to talk about though you must admit.
All this could have been prevented with an open dialog, but in today's climate, with men judged as wrong, especially their sexuality, it is difficult. What if you have an image to maintain, say like being a Governor, you've run under the platform, "I am Mr. Clean personified and will clean-up the bad elements." "Bad" being defined to include sexual desires. Ah, but you have those nasty desires. What are you to do? You are simply up the creek, it ran dry, it's dark out, and you're lost. Now, comes in Elliot Spitzer to play the part. He's perfect isn't he? He resisted and it persisted.
So why do men seem to be so focused on sex, yet have trouble with closeness? As I wrote in my book, Men-The Gods of Love:
"Men are allowed two emotions that aren't considered wrong. The first is anger - no surprise here. The second is sex. Yes, sex, which for a man is a surrogate or substitute emotion.
Sex, the surrogate emotion replaces a whole array of things like intimacy, communication, sensitivity, need for touch, approval, and love, which men are not allowed to need. In fact, needing anything other than sex, power, and money, or what it can buy, is usually at least suspect and ridiculed, if not prohibited. Men are chastised for showing any signs of sensitivity or feelings. They are told these human needs cause harm and pain or show weakness and inferiority. This is to be avoided at all cost! Of course, women want a more sensitive guy they will tell you and then go for the "bad boy." Figure that out!
These types of limiting beliefs have been taught to men by the patriarchal belief system, which has possessed the consciousness of society for a very long time. This is why sex is so important to men; it is ALL of men's needs rolled into one, or at least so they believe. Is there any wonder why men will lie or pay money to get sex? To men, it is their lifeblood and the only source men are allowed! Women are allowed feelings and can seek their lifeblood from many sources." That is why sex is less important to them. They are able to get their emotional needs fulfill in many different and more direct fashions.
Our parochial religious beliefs are fully in alignment with this destructive patriarchal thinking. The scandals with priest and sex are example of "what you resist-persists.
Another element in the Spitzer tragedy is his arrogance, which is the disregard of others, an inherent superiority. When you are arrogantly superior you can easily slip into believing you act with impunity, especially when you have power. Add that to years of unfulfilled resisted desires bursting the lid of the pressure cooker and like magic, you have an instant mess.
It is sad to see what has been created for all and I hope that a healing of the damage can occur. I also hope that people will wake-up and begin more honest dialogs with each other. Creating a secret self is only needed when you feel you won't be accepted. You must communicate honestly and if your spouse doesn't approve of who and what you are, seek couples counseling and if that doesn't work, get a new partner who likes you for you. No man or woman should ever pretend to be something other then who they truly are.

Dr. Eigen Has his Ph.D. in Transpersonal psychology... Author of Men-the gods of Love 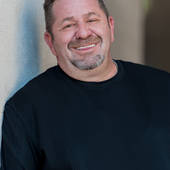