The Wall Street Journal published that a deal between the FHA, Fannie Mae and Freddie Mac is much closer to becoming real than had been anticipated. Nobody knows the exact timing of the implementation of the deal but there are two

significant parts that will benefit the consumer.

The first element has to do with making it crystal clear to lenders what is expected of them when delivering loans to Fannie Mae or Freddie Mac or getting them insured by HUD. This clarity will mean that lenders won’t be afraid of loan risk nearly to the extent that they now are. The consequence for the consumer will be that the underwriting experience will become easier for them.

The exciting part is that they seem ready to bring back 3% down payment loans backed by Fannie Mae and Freddie Mac. These were excellent products before they got ran out of town in 2013. It would appear that they won’t have left us for even two years before making their return.

Having this product return is good for two reasons:

This deal, that should shortly be announced, has been put together by elements of the government (HUD and the FHFA). The additional noteworthy element of this news it that it marks the first time that action has been taken at that level to meaningfully boost homeownership and free up the flow of mortgage lending. It will likely not be the last. It’s nice to be on the loosening side of the recession reaction curve! :)

Many people who would otherwise qualify for a loan do not have the $$$ for the down payment plus closing costs.

Programs like this would help those people get into a house; they would bolster the Housing Market.

Thanks for posting this great information. Have a terrific day ahead and a fine weekend. 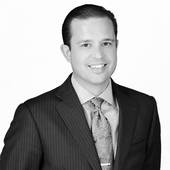 Mortgage / Finance over 7 years ago
bookmark_borderbookmark
When is it Owner Occupied Vs. Non-Owner Occupied?
View more Recent Posts   arrow_forwards

A place that borrowers can come to learn more than the basics of mortgage lending. It's also a place where industry professionals can come to find content for their clients.