ABC’s Nightline recently aired an interesting segment about house flipping, which included a magic number that’s probably never been seen before. Baton Rouge house flippers would have been glued to their TVs if they’d stayed up late enough to catch Nightline, because if authentically magical, it’s a good number to know.

The segment was part of a series called “Realty Check.” This one was about new strategies in the “ever-competitive world of flipping.” The show started with some background about how expensive house flipping can be if it’s done in a hurry and on the cheap. Just slapping a coat of paint on the walls can result in an investment that languishes on the market, often until the asking price is reduced to an unprofitable level. The narrator stated that in the past, house flipping was often approached with the idea that the sooner a renovation could be completed, the better: “Get in, get out, move on.” We were shown how TV series like Flip It to Win It, Flipping Vegas, Rehab Addict, and Flip or Flop turned rehab projects into races against the clock: exciting drama for TV, maybe, but not necessarily a profitable real estate investment strategy in today’s market.

Nightline interviewed one new house flipping Phenom with 28 successful house flips to her credit. She says that “I call reality TV unrealistic.” She considers that the goal should be to produce a quality result—a house that’s “the best in the neighborhood.” That may take months rather than weeks, particularly if you want to avoid blowing your budget. Time, plus meticulous attention to detail, good taste—and a magic number.

It’s the magic number that has to interest anyone contemplating some Baton Rouge house flipping of their own. It comes from an expert: RealtyTrac’s VP Daren Blomquist, who posited that the data reveal that “the more you put into a property, the more return you get.” Even if it takes half a year. But the amount you should budget only “Up until this magic number which is 23%.”

The magic number? It’s 23%. The goal is to make the final product the best in the neighborhood, so that a buyer coming into the neighborhood sees it as “their first choice.”

That’s a pretty tall order around here.  The Greater Baton Rouge area has some fairly steep competition for best in the neighborhood. And six months between buying a property and being able to put it back on the market could seem like an awfully leisurely use of investment capital.

Without judging whether it’s truly magic or not, there is that 23% number. What was never explained was whether the magic number was meant to be 23% of the asking price, 23% of the purchased price, 23% of purchase plus rehab costs…or 23% of something else. Still—it’s nice to know there is a magic number.

If you have been thinking of undertaking some house flipping in Baton Rouge, or even readying your own property for the market as-is (23% of $0 is $0); the New Year should be a great time to get going. Give me a call!

House flipping is very active in the Phoenix market. It is harder to find deals so one must have a great network. Many flippers are upgrading the homes in better areas to demand a higher price.

Houston is a great place to flip as well! Only problem is deciding to rent or sell once upgrades are complete. How do you decide? Harry F. D'Elia Jonathan Dupree*

I thought those shows were live shows and it only took 30 minutes (minus commercials) to rehab and flip a house. 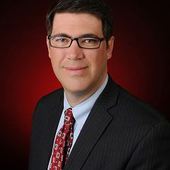