I am not a realtor.  I have never met Ebby Halliday but if you live in the Dallas area, you know of Ebby Halliday and her impact on the Real Estate profession and North Texas.  She truly is an icon. Although, I never personally had the privilege of meeting  her, I have friends who are realtors that have met Ebby Halliday.  My husband met her as a valet parking attendant while he was in college 30 yrs ago and all say that she treated everyone well and she had a spark in her eye and she was inspiring.   I am inspired.

This past week when we learned of her passing at the age of 104, we were all saddened.  Her name was the top trending topic on my Twitter and everyone shared their love and kind thoughts of Ebby. She is known as the Dutchess of Dallas or the Queen of Real Estate. As I have read many of the articles about Ebby Halliday, I was inspired.  Here some of the reasons that I say "Thank You" to Ebby Halliday:

Yesterday a memorial service was held for Ebby Halliday.  It was streamed live on all of the local Dallas stations.  On Wednesday Downtown Dallas was lit up in red in her honor.  I join the Dallas Community in saying Thank you Ebby for a life well lived.

Wow...what a legacy. Through your blog many more will get to know Ebby Halliday. Thank you for sharing her inspirational life.

Wouldn’t it be incredible if we all lived up to our potential like Ebby Halliday did? Her example is a challenge to be our very best.

Absolutely David Gibson .  Such an inspiration to us all. 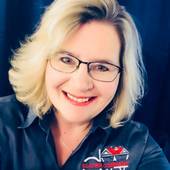