There are numerous hot spots around the nation, locations that people are flocking to in droves because the quality of living and offered amenities is simply extraordinary. Of these hot spots, it may come as a surprise to many that Oregon has topped the list for two years in a row. For us native Oregonians there is no question, this is the place to be!

In a recent study from United Van Lines where over 129,000 moves were tracked, the company found that "66% of all interstate moves in Oregon were from people moving into the state, rather than leaving it." This again confirms what we just said, we Oregonians are here to stay. So what is it that's attracting so many new residents?

The answer to the question is multi-faceted, though at the very core it can be attributed to the "long-term trend of migration to southern and western states where house costs are lower, climates are more temperate and job growth is at or above the national average." The median price for a single-family home in Portland is $285,000, compared to $481,000 in Los Angeles and $881,000 in San Francisco.

In addition to lower real estate prices and a lower cost of living, Oregon is home to many great amenities including public transit, green space and the local arts and entertainment scene. Oregon is also an incredible Mecca for outdoor enthusiasts with endless hiking/biking trails, the Pacific Coast, Mt. Hood and countless other excursions. Portland's central location to all of these amenities make it comparatively desirable to other Oregon towns.

Oregon is attractive compared to its northern and southern neighbors, Washington and California, so for those seeking a move to the west coast in general Oregon is a good place to land. Did you know that Portland has more breweries than any other city in the world? It also has the country's highest percentage of two-wheeled commuters and is consistently voted as bike-friendliest. If you're considering a move to Oregon then please start your property search by checking out available homes with one of The Kelly Group's amazing buyers agents! Learn more about how Oregon continues to rein as the top destination for movers here!

Kelly,,,,Texas is prime area now for those living in southern California, especially the Austin area. 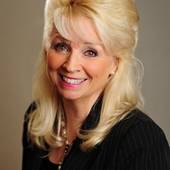