NEWTON, MA – Average selling prices in August for luxury single family homes of $1.5 million or more increased by 8.1% in Newton while the sub-luxury market below $1.5 million experienced a price decline of 2.9%, according to a recent study released by Jonathan Slater, President of Castles Luxury Properties.

Castles’ study, which is based on an analysis by Slater of sold homes data sourced from MLS Property Information Network, Inc. (“MLS”), shows that the average price for “luxury” homes of $1.5 million or more was $2.221 million this August versus $2.054 million for the previous August. In addition, the number of sales in this category for this period also grew to 24 from 18 for the same period last year.

Slater cautions, however, that despite this increase in average selling prices, luxury home sellers were forced to take a greater discount to asking prices this August compared with last year: 3.6% versus 2.3%. “This means that some sellers were over-reaching, anticipating higher prices, which generally translates into less than they otherwise would have received had they priced more in line with the market,” he adds.

Slater notes that pricing is a combination of art and science and is among the most valuable services an experienced real estate professional can provide. “Many people don’t realize that over-pricing a home costs sellers a lot of money: the listing becomes stale and sellers are forced to take price reductions to move the property and end up getting less than they could have,” he warns.

Slater says that if a home does not sell within the first week or two, it generally means that the home was priced incorrectly. “There are more buyers than sellers in this market, even at $2 million and above,” he notes. “Buyers are smart and a properly priced home will move,” he adds.

Coincidentally, days to offer for both periods were basically flat: 77 days for the current August versus 76 days for the prior period.

Price Declines for the Sub-Luxury Market

Slater’s study reveals a much different story for homes below $1.5 million where the average selling price declined from $978K in August 2015 to $950K in August 2016. Still, Slater points out that sellers priced their properties more appropriately in this market: average selling prices were a premium to their average listing prices in both periods: 0.8% versus 0.2%. In addition, days to offer for sub-luxury homes increased from an average of 23 days to 29 days.

“Interpreting the data and understanding currents within different sectors of the market is essential to properly pricing a listing on the sell side or not over-paying on the buy side,” notes Slater.

Slater notes that closed sales in August reflect offers which were generally accepted in June -- allowing for a typical closing period of approximately 60 days.

“We’ll have to wait for sales data in September and October to see trends from offers which were accepted over the summer,” reminds Slater. He also notes that the above date is just for single family homes and excludes condos and auctions.

For the full study and raw data go to:

Thanks for sharing what's happening in your local real estate market.

You're welcome. Thanks for the note. 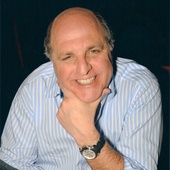