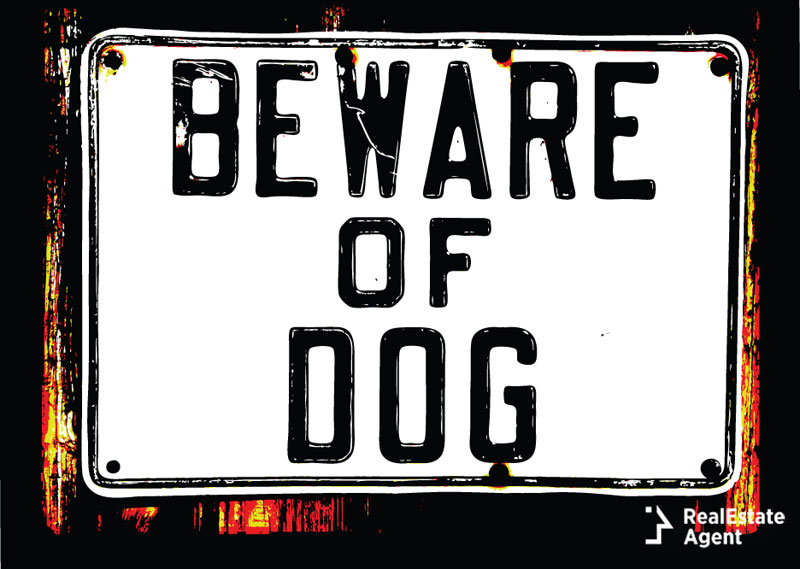 Well, it comes a time in every person’s life where he/she decides to buy his/her first home. It’s a joyous feeling. A place to call their own. He/she feels mighty! But like the famous Spiderman saying tells us, “with great powers comes great responsibility”, and now, aside from providing for his/her family, they need to secure their family as well. The whole reason for buying a home in the first place was exactly to have a safe environment, right? Stop paying rent, owning a piece of property. So now you need to decide about bringing a dog into the home. It’s a good idea; a four-legged buddy is always good for a number of reasons. But, as we said, this decision spins out yet another difficult decision: since a house always needs security and dogs are one of the most reliable home security systems… should that dog your bringing home be a guard dog?

With this article, we intend to show you which are the best guard dogs for first-time homeowners, but before getting into that, there is a lot of ground to cover. Common sense calls it a “guard dog” the dog that guards the home, but there are ways and ways to do that, and some differentiation needs to be done:

Watchdogs - are dogs that have a natural sense of territory and watch over it, alerting its owner via barking of any unrecognizable human or animal approaching.

Guard dogs - do the same as watchdogs, but the difference is that, with the continued approach of that danger, guard dogs might growl, attack and restrain the trespasser, while the watchdog is likely to even lick the intruder, if he pets him: the famous “bark is worse than the bite”.

Attack dogs - are dogs trained by humans to attack and defend a property on command, sight or by inferred provocation.

So, with that in mind, think about three things: one, the fact that, sometimes, all you need is a watchdog, since a powerful bark in the dark of the night might scare away the intruder and alert you to take all the necessary measures. Attack dogs and even guard dogs can bring a whole bunch of problems and dedication you might not be willing to take on; it’s a lot of responsibility. Since it’s your first time as a homeowner, maybe it’s best to discard attack dogs altogether and stick with the “guard dog vs watchdog” debate. Two: you might see small dogs on the list and be all like “how can this cutie be one of the best guard dogs?”, but, like we just explained, sometimes all you need is a watchdog, and a small one might be perfect for that. Most homeowners associations impose pet restrictions, so some of the larger breeds might not even be allowed in your home or apartment. And, three: with proper training any breed can do whatever you want them to do – but natural build and temperament will weigh in its success. So what you are about to see is the most common best guard dog breeds, but every dog is unique and it’s all about the training and the environment you provide to the puppies.


Best dogs to guard your home say size is not a problem for you, and you have no question when it comes to a guard dog or a home alarm; you just want that classic “big bad dog” to scare at sight and chase trespassers off if they are feeling courageous, then you can’t go wrong with a Rottweiler. This is one scary dog that has been used since ancient Rome to chase people off and seen in cult movies like “Man’s best friend” where a genetically modified Rottweiler would wreak havoc in a town. Rottweiler’s usual lifespan is of 8 to 11 years. They weigh something around 85 to 130 pounds and should be calm and confident. Analytical, they wait before reacting but are merciless when defending their pack or family. this is one of the best guard dogs – also used a lot as an attack dog - because it’s bred to serve as both a loyal companion and a ferocious protector. They are fast, brave and tough, weigh from 60 to 80 pounds, and live an average life of 10 to 13 years. It can have a bit of a temperament, so you’ll have to dedicate some time to properly training it. But all it takes is your household dedication because Dobermans are the fifth-smartest dog breed in the world. Brains and muscles? Right on! Like the Rottweiler, you shouldn’t have a Doberman Pinscher inside the house. It’s too big of a dog to be restrained, and it might be bad for the territorial training you need from him. this one is sort of a half-way. German Shepherds are pretty much the finest all-purpose worker dog breeds out there; no wonder it’s one of the most popular breeds in the world – and has been for quite some time. One of the most loyal and confident breeds out there. Capable of so much love, but if properly trained, can also – due to their size, agility, intelligence and bite – make an excellent attack dog or guard dog. Not a coincidence the fact that you see so many of them doing police work around, right? As a rule of thumb, all dogs in the “shepherd” family – Caucasian, Central Asian even the Romanian Mioritic shepherd dog - can be included in the best guard dogs discussion. combining spirit and alertness with reliability and intelligence, the schnauzer is one breed few people know it makes for a good guard dog. Easily trained, focused, watchful, and super loyal to its family, it can be a great addition to the home if you have lots of visitors and even kids. Due to their furry coat, Schnauzers are awesome if you live in cold snowy states. If you think their figure is not menacing and you need something other than just a dog barking and then standing down, try the Giant Schnauzer, which is the same thing, only…well, giant. Good dog to be allowed inside the home, if you want to, because its fur is more like hair, so there won’t be much of it for you to clean up off the floor. while this guard dog has also a tradition with “attacks”, being used in both World Wars by England, Boxers make for one great guard dog if you have kids. Its appearance, with pointy ears and wrinkled forehead, and a compact muscular body can frighten the meanest of men but they are actually very silly, loving, and loyal dogs. The trick with Boxers is exposing them early on in their puppyhood to other puppies and kids. One thing is that Boxers require a lot of attention when it comes to their diets. They can gain weight easily and that could be a problem when guarding the home. Boxers do great inside the house, but their short fur is a problem – it gets all over. So, know that if you’re planning on getting one. Beagles? Like Snoopy? Within the best guard dog breeds? Yup. They are actually great watchdogs for two simple reasons: Beagles are one of the best breeds when it comes to hunting. Their ability to smell things is second to none. So they can sense “new” and “different” smells very easily. But also, their bark is really loud and deep – especially when you see their size and cuteness. So, they make a great house watchdog because they will definitely awake you in the night and scare any threats. Beagles are one of the most awesome apartment watchdogs possible. One important aspect: because they were bred to hunt in a pack, they usually get along great with other dogs – so if you want to, you can make a double team with a beagle as the playful watchdog and another more athletic and scary breed as the silent attack dog. The bad thing about Beagles in your home is that they are energetic and require attention. If you don’t keep them busy, they might chew on your table and even wall! you must be thinking we are out of our minds to say a Chihuahua is one of the best guard dogs, right? But, while its size is little, think about it. Chihuahuas see themselves as big as a Pitbull! They’re feisty, sassy and usually suspicious of strangers – either humans or animals. This breed needs training, otherwise, it will rule the house and you will be nothing but its guest, so it’s best to think of this. It’s like they know they are cute, so they can be very manipulative. Great for kids because they are so tiny that it will hardly ever hurt them. Very much an apartment dog, needy, the Chihuahua loves to sit on people’s lap because it’s a deeply territorial breed. Yes, their bark pushes no one away, but it’s very annoying; it will definitely alert you and the trespasser.

What is the breed of your dog? Where do you stand in the whole guard dog vs. watchdog debate? Which do you think are the best guard dogs? Tell us in the comments!

Best protection is a two-stage process: