I'm a few days late on this one (as I have been on ANY blogging), but I found it quite hilarious that the LA Times Hot Properties featured a piece on the recent sale of Avril Lavigne's house in Mulholland Estates that implied that the Spitter made out like a pink haired, bratty bandit.  Ann Brenoff trumpets the deal as an all cash offer of $5.2million after only 36 days on market and that "tears of joy may have even run down her 23-year-old face, trademark thick black eyeliner and all; they certainly would have mine."

Now, I ain't no psychologist and I don't pretend to be, but my powers of deduction tell me that if there were any tears, they were over the fact that the house (which has been widely reported to "have problems"), was on the market for almost a year and a half, went through two different agents and several aborted escrows, and ultimately sold for $1.7million LESS than it originally was listed for.  Now all THAT is what would have tears streaming down MY face.

No worries though, I'm sure she's being comforted just wonderfully in the $9.5million estate in Bel Air Crest that she and husband Deryck Whibley bought last year.  Don't ask me how she's paying for that thing at this point.  He's got no career and her most recent tour just tanked. 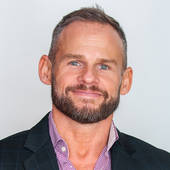