I represent taxpayers in Bucks and Montgomery County and the rest of the Philadelphia area with tax issues.  I have recently seen an uptick in individuals who have not filed tax returns, some for many years. In fact, the non-filer issue is a major priority of the IRS, who have stated publicly that they have identified more than 10 million taxpayers who have failed to file returns, many of which voluntarily came forward looking for economic stimulus checks earlier this year. In coming weeks, the IRS plans to roll-out an initiative to target these non-filers.

In addition, it is worth noting that the willful failure to file a tax return is a federal tax crime under the Internal Revenue Code's Section 7203.

So what can non-filers do, and how can we help them get their tax return issue resolved with the IRS? It depends upon why they failed to file in the first place.

If the failure to file the tax returns was a lack of money (ie. they realized they would be unable to pay the tax liability reflected on the tax return and so chose not to file) then we can get those returns filed and begin working on a tax resolution for them to resolve the back tax balance, including Installment Agreements, Offers-in-Compromise ("OIC"), of have their account placed in uncollectable status.

If you or someone you know has unfiled tax returns or some other federal or state tax issue, please feel free to contact me at either (215) 316-3437 or email me at steve@trustedtaxresolution.com.

Steven Buonomo - Hi Steven! Welcome to ActiveRain. This is really good information to know. Below are some other Real Estate Agents on ActiveRain you might want to know who sell real estate in PA.

Since you're a Tax Resolution Specialist in Bucks County, you might try to connect with other members on ActiveRain: Hannah Williams , Gita Bantwal , Nick Vandekar, 610-203-4543 , Gloria Todor.

Steven Buonomo - As a Tax Resolution Specialist in PA, one more person you might want to make contact with is Mary Yonkers

Once again, welcome to ActiveRain!

Interesting post. I used to be president of our local business association and started to ask about it, and we eneded up getting it resolved, but it became a big issue as we discovered that the association had been set up under another 501-C corps tax id number. I was glad as President I asked questions, but everyone was frustrated with me as it took a while to resolve, we needed to refile all our paperwork with the state, open new bank accounts. Considering the association had been running for 30 plus years it was a big surprise.

Welcome to Active Rain, look forward to reading more of your posts. Surprised by how many people have not files returns.

Thank you Patricia Feager, MBA, CRS, GRI,MRP for the link to Steven's post.

Welcome to AR Steven!  We are in Delco, so will keep you in mind if tax issues/questions arise.  That is good information about the Voluntary Disclosure Program. Thank you. 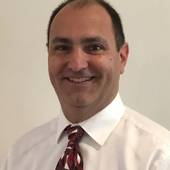