On the 16th anniversary of Hurricane Katrina, Louisiana was hit with the Category 4 hurricane, Hurricane Ida.

Our home in Baton Rouge, LA is about 75 miles from the Gulf.  Usually by the time a storm reaches Baton Rouge it has had plenty of time to weaken as it passes over land.

That was not the case for this storm.  By the time Hurricane Ida came 70 miles inland it was still raging as a Category 2.  The only reason that we were spared the full wrath of the storm was a sudden shift in track that moved Ida just far enough to the East.

We got lucky.  Our neighbors in the next Parish over did not.

Even though Baton Rouge was spared from the worst of the storm we were still hit hard.

We are coming up on a week after the storm and many parts of the city are still without power.  The grocery stores are nearly empty and several can only accept cash.

There are only a few gas stations that have any fuel available and people are waiting in lines for hours to fill up their gas tanks or get fuel for their generators.

I realize that the hardships listed above are actually minor in the grand scheme of things.  We still have our house and all of our family members are safe.

The storm moved across the country and caused massive flooding and loss of life in its path.  The flooding in Philadelphia, New Jersey and New York was something that I had never seen before and hope to never see again.

But here is the thing...

I don't like relying on luck.  It seems like every year the storms are getting worse. As I write this there is another disturbance in the Gulf that has the potential to strengthen and form into a storm with the ability to impact Louisiana.

I am really struggling to justify living this close to the Coast.

I suspect that I am not the only one.

Every region of the country has their weather challenges but I am starting to think that the grass might really be greener further inland.

What Are You Seeing?

I am curious what this group of real estate professionals is seeing in terms of buying/selling in hurricane prone regions.

Hi David- I have lived in Houston or South Florida for the majority of my life so hurricanes have become a way of life, not that we like them.  We lived on the water in Delray and our concern was the wind. In Houston, where I am now, it's the flooding.

Kathy, I remember the flooding your city has endured in recent years.  Very devasting.  I hope you stay dry this season!

Hi David - I live north of NYC and we had plenty of rain but this big storm for us is still Super Storm Sandy in October 2012.

Hello David - thank you for sharing your first-hand experiences.

It seems to me, each area of our country(and the world) has its own issues(ongoing as well as unique at times).  People decide to do or not do all sorts of things. Real estate and other real life situations play into that decision-making.

Good morning David. Glad you and your family are safe. Many are devastated and so sorry for their losses. Many, like you, are considering a move. But, as time passes where they are now will continue to be home. Enjoy your day.

Lots of people still want to live near the water and I don't think that will change. But risks come with that.

That being said, there are environmental risk everywhere. I'm in Montana, on a beautiful mountain with amazing views everywhere. The air is dry, so summer is perfect for outdoor activities and winter snows are light and fluffy. Our issue, though, is fire. Because it's so dry in the summer, by August (this year it was June) we are at a severe risk of fire. So... long way to say, there is no perfect place in terms of being safe from nature.

Montana looks like beautiful country.  I hope I get to visit your state soon!

David Somerville We rarely get the "hurricane" objection to buying in Destin, Florida, although some people want to steer away from homes in a flood zone higher than X.  Glad you were spared from Ida!

I'm glad things were not worse for you and your family than they were. Clearly Ida caused a great deal of destruction, and worse.

I live in CA and a big concern here, of course, are the wildfires. It's been a tough year so far and the formal season s just beginning. And it's not just CA but our neighboring states, too.

Welcome to ActiveRain! We look forward to hearing more from you and learning abouy your business and the communities you service.

Both Henri and Ida dumped a lot of water, almost 12 inches total but e worst storm in my lifetime were he storms in 1955 which created the largest floods in the State 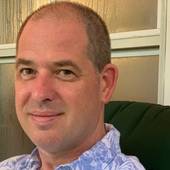 Real Estate Sales and Marketing about 1 year ago
bookmark_borderbookmark
Do Your Southern Listings Have the Right Kitchen?
View more Recent Posts   arrow_forwards