According to archaeologists, Sedona's history dates back to when the Native American cave dwellers inhabited the caves in and around the Verde Valley approximately 10,000 years ago. In a feat that is still marveled at today the Hopi Indians grew corn, squash, and beans utilizing an annual rainfall of around fifteen inches per year. Visitors today are still intrigued by the four and five story structures such as the Montezuma's Castle built by the Anasazi, Hohokam, and Sinagua Indian tribes. These tribes disappeared from the area mysteriously around five hundred years ago.

The first white settlers came to this area after the Civil War. One of the first settlers, John James Thompson, established his home ion Oak Creek Canyon in 1876. Small ranching and farming ventures, including apple orchards were successful in the area.

The first post office was opened in 1902 by Theodore Carl Schnebly, known as Carl. He named the town after his lovely wife, Sedona. By the 1950's many artists were drawn to the area by the beauty of the red rock formations. Cowboy Artists of America was organized by local artists in 1965. The town sits partially in Yavapai County and partially in Coconino County, and was not incorporated until 1988.

The background information for this piece was taught to the author by fellow tour guides when he worked as a guide for Red Rock Jeep Tours in the early 1990's. 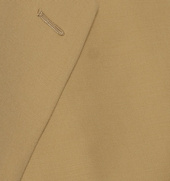