I am an Associate Broker with RE/MAX Brookside in Clare, MI.  I am proud to say that I have a great job, where I work side by side with my Dad and Broker-Owner, Wayne Terpening, and I get to sell homes in the town where I grew up.

Clare really is a great place to live.  We are a tiny little town located in the middle of the Mitten (folks who live here point to thier hand to show where they live) of about 3,100.  We are struggling just like everywhere else, just trying to get by until things get better.  We are about 2 hours to Detroit, Grand Rapids, the Mackinac Bridge and we have over 108 lakes in Clare County, over 56,000 acres of state land, and the Muskegon, Tobacco, and Cedar River systems.

You could say, we are a little town with an Irish problem.  You see, we were named by the Irish surveyor who walked through the area in the 1800's and named the area after his homeland in County Clare Ireland.  And after many years of planning, in 1975, we had our first Clare Irish Festival.  Last year, I joined the committee of members, most of which had been serving on the committee since the first year.  I was the "New Kid On The Block" you could say.  I have always loved St. Patrick's Day because it reminded me of my home.  And I don't ever remember our town NOT having an Irish Festival. This year I was the Irish Festival Committee Chairman and thought I would share some pictures and links from last weekends events.  For a tiny little town, we made the Detroit Free Press last Saturday, as "The Most Irish Town in Michigan" and were mentioned in several other publications in the area and around the State of Michigan.

This is a place where we have an Irish Recipe Contest.  Many people from the community bring a dish to serve up to a panel of judges.  We collect the recipes and hope to someday publish a cookbook. This year I won as well as my Mom! We also have a night where we answer phones for Public Television.  Here's a picture taken of the committee members who volunteered that night.  I'm the one in the green wig! We have a Leprechaun contest for babies, kids, and adults! A Bed Race too!  Teams of 5 run any type of vehicle that has four wheels and steers.  It's hilarious! Our Irish Parade is at least an hour long and runs approximately 15 blocks long.  It is a free entry parade and we get participants from all over the State of Michigan. The Irish Rover Contest is for the best dressed dog handler.  But many dress the doggies up too! For entertainment, we have the infamous Scottville Clown Band.  They are a brass band who are a highlight in our parade every year and they have a concert afterwards. Plus all the businesses in town have an Irish Decorating Contest that some of our committee members judge.  The school children color posters for the business windows and we award the winners in this contest as well.

We also dedicated this last year's festival to a member who passed away in the past year.  She was in charge of our parade planning and was someone that always gave back to the community.  We held a Memorial Food Drive in her honor and filled a semi truck in four days with food and clothing donations that went to a local agency that serves the entire Central Michigan area. Every restaurant, and we only have a few, are serving Reubens, Corned Beef Dinners and Irish Stew all weekend and the Green Beer, Guinness, Jameson and Grasshoppers are featured all weekend!

We actually swell to a town of 15,000!  Everyone that I have spoke with, comes to the festival and they always come back for more!

The Irish Committee is a non profit and everything that is profit to us, we donate back to the schools, parks, and local charities.

Well I hope you enjoyed my blog about the city that I love.  If you are thinking of moving, give me a call anytime.  I'd be happy to sell you a property and then I'll recruit you to the Irish Committee:)  Visit our website at irish.claremichigan.com, and we are on Facebook too!

Pass this on to anyone you would like, our small business owners need the boost with unexpected visitors any day of the year, not just around St. Patrick's Day! 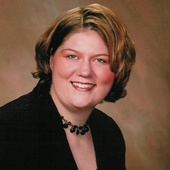