Like:
Home > Blogs > Preston Sandlin > Preston Sandlin's (pasndlin) Blog
http://www.homeinspectioncarolina.com During a recent home inspection in Waxhaw NC, a Charlotte inspector found a drain on a tub that had been added where the p trap was not visible. The problem on the home inspection is that there is no p trap visible. You could not find it without tearing up the floors. The builder says it was there but this was not good enough for the buyer. What is the best option? Charlotte Inspector Preston Sandlin brought a see snake which is a flexible light camera extension that puts what is seeing on an LCD Screen. He put that dow the drain and ran it about 3 feet and sure enough he saw water which indicates that a p trap is present. Why is a p trap important? The P Trap was developed as part of the drainage system for the plumbing in your home or business. The P trap will also stop sewer odors from coming back up the drain and into your bathroom. This trap has been used all of the world for many years and will continue to be. The p-trap is found in the bathroom, the kitchen, the basement, the bar and many other places in your home.Many P-traps can also be found in many commercial places of business. P-Traps can be found in fast food places, supermarkets, schools,hospitals, zoos, office buildings, outdoor showers at the beach and pretty much every where you can find a fixture drain. The P-trap can be found under most fixtures. Common places you will be able to see the p-trap are under both your kitchen and bathroom sink. If you have an laundry tub/sink you will be able to see the p-trap under that as well. Your shower and bathtub also use a p trap but you will or will not be able to see the actual trap. This will depend if you have a basement, crawl space or even live on a slab. If your bathroom is built on a slap you will not be able to see your p trap because it will be inside of the slab, which is under the bathtub or the shower pan. If you have a bathroom that is built on the first floor and you have a crawl space or a basement you will be able to see your p-trap if you go into one of those areas. The only problem you may run into is if your basement is finished, you may have to remove some Sheetrock from the basement ceiling before you can access the p-trap and the bathtub trip lever or shower pan drain. http://www.askthecharlotteinspector.com
LIKE
Re-Blog
close 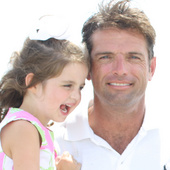