In a surprising turn of events the Dad Vail Regatta, previously announced to be moving to the Navesink River in May 2010, is actually now going to stay put in Philly.

J. R. Hanna, president of the Dad Vail Regatta organization issued a statement: "After carefully evaluating all of the factors related to optimizing the success of staging the year 2010 Dad Vail Regatta at which attendance is expected to exceed 3,500 rowers, and after serious deliberation taking into consideration the many voices of Dad Vail stakeholders near and far, an official, final decision has been made to stage the year 2010 Regatta on the Schuylkill River in the City of Philadelphia."

Although the Rumson borough council tentatively agreed to host the Dad Vail Regatta, which made the rowing competition's departure from Philadelphia one step closer to becoming official, it never quite got there.

"Certainly, it is a disappointment," Rumson Mayor John Ekdahl was quoted in the Philadelphia Inquirer. "I'm frankly shocked at the turn of events."

According to that newspaper, despite the surprise, Ekdahl said Rumson would not sue for breach of contract.  "From a technical standpoint, we only had a handshake," he said. "We're not litigious. There's no way this is going near a courtroom.

I'm sorry to hear this.  Rumson is a nice area.  I've had the pleasure of travelling through that area many times and found the area and the people there to be friendly and nice.

Dana, I'm disappointed as well.  Although, I had some concerns about handling the crowd it was an exciting new event that would certainly have benefited local business.  Thanks for your comment. 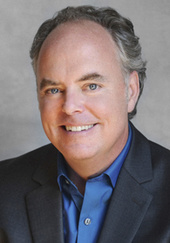