This is a story that I received from a good friend of mind and she has asked me to share it with others. It is about why dogs and farriers don't mix.  I never thought about it until she had this experience.

On Tuesday, the farrier was out to shoe my horses.  It was dusk and getting pretty cold by the time she finished and I was in a hurry to get Kayla on her pony so she could get a ride in before her lesson on Wednesday and I totally spaced out on sweeping up the clippings.  During the 30 minutes or so that we were in the arena, our two yellow labs were having their own little feast in the barn.  By the time we finished in the arena the one lab was lying in the grass in distress. We rushed him to the emergency clinic in Sumner only to find out that he had ‘bloat' and his gut had twisted.  They had to do surgery to remove the clippings from his stomach and untwist his gut.  The vet said that the clippings probably had some sharp edges which irritated the lining of his stomach and caused him to panic and pant.  The panting caused his stomach to fill with air and then it twisted.  The good news is that he is going to be okay, due in part that we got him to the vet so quickly.   Had we not noticed his discomfort or waited overnight to see if he was feeling better we probably wouldn't have been so lucky.  The vet said this is more common in large, deep chested dogs than smaller dogs.  I have always tried to keep the dogs out of the barn at shoeing time because I hated cleaning up their puke in the middle of the night!  This time I was just plain careless and we could have lost our dog.  In my mind I would have imagined them throwing up all over my carpet at 2:00 am as the worst thing that could happen - NOT SO.  Share this with your horsey friends!

Have a safe and happy New Year!

Groups:
Horse Property Specialists
No One Knows The Country Like We Do 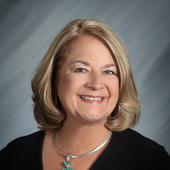