Most real estate professionals are excited about starting the New Year and leaving 2009 behind.  However, if you don’t get out of last years’ “monkey traps,” you won’t have the chance to reach what’s truly possible.

So, what’s a monkey trap?

In Southeast Asia, monkeys are a nuisance to be trapped and moved farther out from the cities because they cause too much destruction. The natives have concocted a rather ingenious way of capturing them, according to author Robert Persig. The monkeys love rice, which the natives cleverly use as bait placed in a hollowed out coconut.

“A Monkey Trap consists of a hollowed out coconut chained to a stake. The coconut has some rice inside which can be grabbed through the small hole. The hole is big enough so the monkey’s hand can go in, but too small for his fist with rice to come out. The monkey reaches in and is suddenly trapped — by nothing more than his own rigidity. He can’t revalue the rice. He cannot see that freedom without rice is more valuable than capture with it.” — Robert Pirsig, Zen and the Art of Motorcycle Maintenance

As the monkey struggles, trying to withdraw his hand but refusing to let go of the rice, the natives walk calmly over, grab the monkey and throw him in a gunny sack. The thing is that it’s not the trap that captures him it’s his own rigid brain that does him in. He can’t revalue the rice in the context of freedom… so he ends up losing both.

In real estate, many of us are stuck in our own “value rigidity.” Statements like, “not much we can do until the economy turns around,” and “no one’s getting financed today” and “listings just cost me money” are monkey trap words. Often times, we’re in a rut and we don’t know it…a rut is just like a monkey trap, or an open grave; there is nothing keeping us stuck, only our inability to recognize that we’ve trapped ourselves. To change, we must start with ourselves. As Pogo once said, “We have met the enemy and they are us.”

“RE/MAX will never make it,” Dave Liniger was told by the real estate establishment.  The long-held belief was that desk fees and 100% commissions wouldn’t work.  No agents would come.  That was the “monkey trap.”  If Re/Max didn’t breakthrough that line of thinking, the largest real estate franchise in the world wouldn’t exist.

“No one will wear those gold jackets.”  This is a “monkey trap” that Century 21 had to face.

Another good example of the “value rigidity” was 3M’s initial unwillingness to develop the Post-It-Notes. In 1968, Spencer Silver, the inventor of the “faulty glue” knew there was a product in the making, but couldn’t figure out exactly what it might be. All 3M saw was a mistake. “When we make glue, it sticks,” was the prevailing attitude of the executives. 5 years later, Art Fry, who attended one of Silver’s seminars trying to sell his glue invention, came up with the idea to put the adhesive on small pieces of paper so he could use them in his hymnbook at choir. Together, he and Silver got management, 4 years later, to finally go to market with the new product that is now a 3M mainstay. How many millions of dollars did they lose until they got out of their monkey trap?

Do you have any monkey traps you need to confront?  What are they?

You may need to revalue many things that you accepted to be true, and question your pre-suppositions; get less rigid, more creative and more open.  It’s only then that you can get on a winning streak for the New Year.

*My partner, Peter McLaughlin, is speaking around the country about how to breakthrough monkey traps and get on a winning streak.  We would love your examples and feedback.

Interesting concept -- had not heard that term. All the best for the new year. 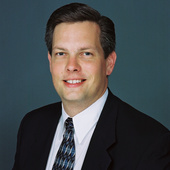