One thing we have learned through the credit crisis over the past two years is that capital is king. Banks and lenders need capital to write more loans. Insurance companies need capital to pay claims and write new policies.

Many of the changes private MI companies introduced to the market over the past two years were an effort to put and keep qualified borrowers in homes while maintaining their risk-to-capital ratios due to the rise in delinquencies. While change can be uncomfortable and frustrating, restrictions on LTV, FICO, etc., were an effort to assure loan performance and maintain capital within mandated levels.

It should be noted that Genworth Mortgage Insurance, the company I work for, has the industry's strongest (lowest) published risk-to-capital ratio at 14.6:1. Go team. Here's where history is beginning to repeat itself. As the private MI companies were making restrictive changes in order to maintain their risk-to-capital ratios, FHA volume shot up. And as FHA volume has risen, so has its delinquency rate. Per government mandate, the FHA minimum capital ratio is set at 2 percent. And, when the capital ratio drops below this benchmark, the FHA is required to take actions to correct it.  With the increase in both volume and FHA loan delinquencies, its capital ratio has now dipped to .53 percent, which is below the government mandate.

To correct this deficiency in capital, the FHA recently announced several changes that they have either already instituted, or will be doing so shortly, to deal with their capital and credit concerns, just like the private MI companies have done in the past. So if you don't like change and you are doing a lot of FHA business, you might be in for a bumpy ride. Here's what we know as of now:

• FHA has announced that effective April 5, it will be raising its up-front mortgage insurance premium (MIP) to 2.25 percent. This is a 50 basis point increase.

• FHA is considering increasing the annual MIP. In fact, the fiscal 2011 budget, proposed by the president, states a strategy to pursue legislation to increase the annual premium to 85 bps from the current 50 bps. The FHA states that if the annual MIP is increased, it would go back and lower the upfront MIP.

• Additionally, seller concession will be reduced from 6 percent to 3 percent.

•Lastly, the FHA will be stepping up its enforcement on lenders. The HUD website will be reporting all lender performance. The FHA will increase monitoring of lender performance and will implement authority to enforce indemnification provisions for lenders using the delegated insuring process.

So, yes, history does repeat itself. Capital is King - and even the government (FHA) may have to answer to the king.

Nice Work Steve, I was not finished yet just starting to get my Blog together. Keep up the good work

This also tells us about where the housing industry is heading.  There are those that actually think that the average person is a better credit risk today!  Capital is king and soon noone will lend it. 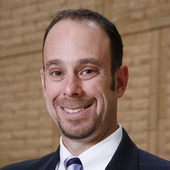