It is Friday, time for a joke.

The new prisoner was confounded.  He asked the guy next to him what was going on.  The inmate explained that they had all been there so long, that they had numbered the many jokes they all knew.  Instead of delivering them word for word, they just called out the number.  It was a tradition they all enjoyed.

His mentor leaned over and said, "Some people can tell jokes, and some can't".

good one! thanks for the laugh.

Hi Rob, Thanks for the laugh for the day.  Enjoyed the post.  Have a great weekend.

Wait 'til those prisoners get so old they begin forgetting the jokes or their punch lines!  However, I guess they could fake it, by just remembering the number:-)

Thank ya mighty kindly, for a real fine hoot. 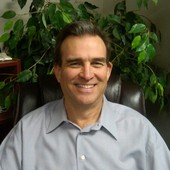