Ah, the power of the Internet. And my reverberating BPO posts from yesteryear. Let me start by saying that when business slowed down for me in 2007, I became the BPO queen. Until I basically quit them cold turkey in August 2009, I had completed about 1,200 and I have the PDFs to prove it (still).

In addition, I created a very comprehensive BPO/REO Asset Manager list that I sold nationwide between 2008 and 2009 for $15 a pop. I sold hundreds and hundreds of them, because it was a tool of value, not to be given away for free ~ but reasonably priced enough for even the most cash-strapped agent to afford. The feedback I got on my list was always 1,000% positive and I loved and still love getting emails from list buyers who made a clean-up killing on BPOs. I am not sure how many lead to REOs but certainly based on my in-box, a very large number did. The less metro competition the agent had, the better their chance for getting an REO listing. I heard this as of February 2010, so it still works.

In fact, I have been getting so much recent feedback that this post was called for.

My professional opinion of BPOs is that they create nothing more than an environment of indentured servitude. Agents who do them unless they're on a very successful, very locked in REO team, are wasting their precious time. You are being used for 1) your license, 2) your expertise, 3) your E&O insurance and 4) your vulnerability and need for cash. What made me quit? Two vendors I won't name actually BEGGED me to change numbers on two final reports. Mind you, these are two separate companies about two separate properties, but all within the late summer of 2009.

As a broker/owner, I did not accomplish this license and create my company to work for banks and asset managers who jones out when the BPO I professionally complete is off by $2,500 and I am begged to change it. For whom? A bank? I don't work for the bank. Yes, ultimately they pay the BPO fee, but you can't put $50 or $75 in a tin can and expect to hear the song you want to hear. And it's not to say that the fee equals a shitty BPO. It doesn't of course. For me, you got stellar quality every time. But you can't buy my opinion. You can't program me to play My Way by Frank Sinatra, when I am determined to sing Walk Like an Egyptian by the Bangles. OK, obscure references. The value is the value!

I recommend that all agents and brokers actually run from BPOs. My greatest fear (not for me anymore) is that there will be litigation and legal repercussion to brokers in the near future from asset managers who hinged a great deal on this non-appraisal. I have seen some terrible BPOs and can see why asset manager want to move the chess pieces at will to suit their needs. They can get away with it most of the time. Agent needs money, agent changes value.

There is no way on God's green earth any BPO check (and I have cashed a lot of them) is worth that to me. Another thing that started occurring about the same time as these two "beggings" were many report returns from another un-named back for mandatory comp changes within the same, sad BPO. Insane.

In addition, I was having my values "challenged" by banks and all this came about between July and August 2009. And yet to this day, they call me, asking for me by name, to do their work. But the lack of respect for someone like me, and there are other good BPO brokers out there, is shameful. Keep your funds!

The market is mellowing out but I am still adamantly against BPOs. I get solicitations all the time from private parties to do BPOs for them so they can flim-flam their way into some courthouse steps deal or "save someone from foreclosure" (ah, OK!) or God only knows what else. My concrete response is: let's sign either 1) a buyer-broker agreement so I can represent you on your purchase, or 2) a listing agreement and let's list a real house, and all subsequent BPOs for that property are free and will be stellar. And very accurate with excellent photos that I will personally take.

BPOs stink. So to those who read my past BPO posts, some of them full of praise, you need to know that even a BPO queen like me can have a change of heart. The hours I no longer waste working for banks and asset managers on BPOs I spend getting solid, non-REO, non-short sale deals.

MAKE IT HAPPEN. Get away from BPOs. You're being used. The fees are ridiculous. You're better than this. They're a trap. For what it's worth, I had the best year in 2009 that I have had in a very long time once I turned my back on them.  Cold turkey.

And to the people who sell "auto accept" BPO software, you're shameful creatures. Because the agents who really need the $50 have been sold down the river by you. You, many of whom have turned your real estate licenses into a shark tool having nothing to do with sales ~ a tool that lines your pockets but hurts the man-woman-on-the-street agent who wants a shot at accepting one of those BPOs. It took me a few months for asset managers to tell me banks were asking for me by name. But I fought like hell those first few months to be lucky enough to get BPO orders, often getting none. And this was before your software was slithering through the world. Your auto-accept software disgusts me and I consider your income from that product to be blood money.

Agents hear me: you're not a slave. Move back to your core real estate values. Who do YOU work for? World, consider yourself updated on my opinion of BPOs.

Wow, I love this and I applaud you.  Here I have been thinking that I'm inadequate because I've never been asked to do a BPO and from what you are saying, I'm actually better off.  What a different perspective.  And, once again, I find myself let down by the human race (a.k.a banks this time) that do not function with integrity and honesty.  I had no idea...

Ann, you'll be OK. I promise.  I have updated the post a bit after re-reading it, so check back if you want more about "auto accept" software that some agents, Active Rain members no less, are selling! Run, don't walk, from them. Hang tough, girl!

Just reading this post for the first time. Been busy doing BPOs and having my values challenged. Thanks for this one! 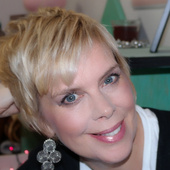 Real Estate Sales and Marketing over 11 years ago
bookmark_borderbookmark
Wordpress ~ any lovers out there?
View more Recent Posts   arrow_forwards