WE have a great group of people here.  Most of who can laugh at themselves which I feel is an important trait in not taking ones self to seriously.

So, I will take aim at my lady friends and I know that there will be some re-buttle posts in the very near future.

COME ON LADIES...make me laugh at myself! LOL>>>>I hope you have your hard hat on.  I am sure you should get a response or two.

After a few of your female friends read that I am glad that I am in the deep south as there may be a few lightening bolts coming your way.

Oh My.  Do you think we should try to do this for the male? Ha.  Actually, I think it is pretty clever and amusing.

LOL, I am thinking you are one of the few that can pull this off.   I assume you have not shared this at home!

Atomac Mass:  N/A.  Any "mass" is usually directly below the chest mass and grows out of proportion to the rest of the mass

Body Surfaces covered with hair in direct proportion to age.

When reaching boiling point, the brain shuts down except for that portion that causes the fist to be extended rapidly.

Explodes spontaneously when the stimulus is of lesser body mass.

Used most efficiently when in groups pitted against like kind groups seeking possession of a prolate spheroid.

Reserves cleaning properties to the interior and exterior of motor vehicles.

Considers itself THE superior specimen.

Is quick to discard used possessions in favor of newer models.

LOL...Way to go Lenn.  I know someone would come up with a re-buttle.  I feel better already!

Where do you come up with this...Lenn's was pretty good too but only sort of describes me.

Bill, your post was lite enough, not to cause too many daggers thrown your way. :)

Lenn - Great rebuttal, you may need to post a separate blog!

William, you are a braver man than I am.

Hi William - That is way too funny, as is Lenn's rejoinder. It would be dangerous to laugh out loud - I don't want Mary to ask me what's so funny - might cause a reaction.

I am happy to see everyone who can laugh at themselves.  It is a good trait to have!

Thanks William, now it's going to be open season on us male members for the next 24 hours =]

(Boy Lenn is good at this)

William -- came over from Lenn's reblog -- had to see what kind of reactions you were getting.  Am surprised not more "lightening bolts" ala Ron (#2).   Lenn's rejoinder is great as well.

As for CARLA....what's your point? 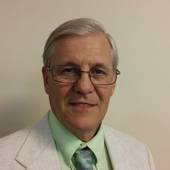