Marco Island is a great place to call home!  Many only call Marco Island home for part of the year, so to catch those up that are not in the area, here is a brief recap of what is happening on Marco Island.

Marco Island is a boating community with many Marco Island homes and condos set on canals. Between 1964 - 1965 the Deltona Corporation started building seawalls to create Marco Island Waterways. In building all of those canals, there was need to have bridges built to help people navigate the roadways.

I just read an editorial from the Naples News - City should manage asset in taxpayers' best interest. Interesting question brought to light, it has been four years since Marco Island purchased that property from Dale Glon for $10 Million.

Another sign that the State of Florida's Department of Financial Services is looking to clean up the industry was announced in the Palm Beach Post Saturday (November 17, 2007)... link to article

Just the other day I wrote about the canals and bridge clearence on Marco Island in Marco Island Boating and Bridge Safety. Little did I know that at the time there was a controversy brewing about two of those bridges on Marco Island.

I got a very interesting Google Alert the other morning about Marco Island entitled The memory, it gets fuzzy in the heat reported by John Kass of the Chicago Tribune.

While the real estate market is definitely in a bad place in Florida, many big, national banks and big, national builders are feeling the pinch.... some are even hitting the bricks - figuratively speaking.

Marco Island is an Island Paradise in Collier County Florida that many want to call home. Have you taken the time to stage it to it's best advantage? In this Buyer's Market, you need to do everything possible to make your home the most appealing in your price point

Read More at Staging Tips for Your Marco Island Home Here is a little Sunshine and a reminder how it feels on a Golf Course... 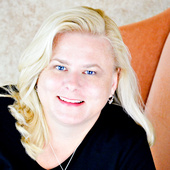