This has been much anticipated and will help many sellers avoid taxes on the forgiven debt related to a Short Sale. The Mortgage Debt Relief Act has been extended through January 2014.

This is great news for folks needing to do a Short Sale.

See if you qualify:

WASHINGTON - Jan. 2, 2013 - Yesterday, the House and Senate passed H.R. 8, legislation to avert the so-called "fiscal cliff." Following are real estate-related provisions of the bill, which President Obama plans to sign into law today:

• Mortgage Forgiveness Debt Relief Act extended to January 1, 2014. In place since 2007, the act provided a tax break for homeowners who struggled through financial hardship such as a foreclosure, and were granted mortgage debt forgiveness. In the past several months, National Association of Realtors (NAR) issued numerous calls to action urging its million-plus Realtor members to ask lawmakers to extend the tax break for another year. More than a quarter of all transactions involve distressed properties, the NAR said in its plea. "Homeowners shouldn't be forced to pay a tax on money they've already lost with cash they never received."

Let me know if I can help.

Hi Bryant I too think this is a good move for the homeowners.  Glad they finally extended this - wish it was for longer.  Happy New Year.

This is good news to those defaulting on their mortgage.

This is great news to those listing and selling short sales.

But, is it good public policy? It's an  incongruity, a double blow to tax payers! Not only does the treasury (our public funds) not get the $5.00 to $19.50 in forgiven taxes (On every $50.00 forgiven) on that ill-gotten gain, but we normally lose the rest of it because most mortgages come back to us!  Fannie Mae/Freddie Mac have lost billions of dollars Gotcha again! Those loans that don’t end up in government hands come from your Parents, your Grandparents and your savings! Gotcha personally!

BB - This is great news and our clients will definitely be happy to hear this.

Good to hear that those who are needing help! Thanks for sharing :) 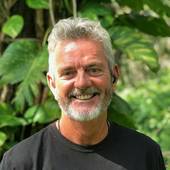