Big Mountain has received 2 FEET of snow in the last 2 days, wow! The sky is clear and the moon is out early this morning, should be a good ski day. Heading to church and then to get an offer signed, hopefully still sunny for skiing this afternoon.

skiwhitefish.com for the web cams and snow report

6:00am Since Friday we have received two feet of new snow!! We have now officially reached the settled-base century mark!

Over 100" settled base at the Summit! And the skiing has been unreal!

With over 200" of snowfall this season so far, everything is in perfect shape, filled in and ready to be skied!

Saturday found us reveling in lots of deep snow in every direction! Powder flying about, high-fives being slung, and smiles growing like weeds! And if you listened closely, you could hear distant, and not so distant hoots and hollars!

Heck, I hooted a few times myself!

Today will be the day to look just a bit further to your right or left, and you will still find plenty of un-tracked snow. Despite all of the skiers here yesterday, there is plenty of opportunity to get your face white! It snowed for a majority of the day, and another new inch last night, so there is great coverage everywhere!

The grooming team was out over-night, mixing in and smoothing out all the new snow on the runs, so there will be lots of soft, smooth corduroy to to carve up this morning as well! And of course all of the fine grooming is perfect for getting to and from your favorite pow stashes!

It looks as though we are in for some more snow, starting perhaps later tonight, and into tomorrow! Can you say refills?!

The lift lines should be a touch shorter today, and the snow just as deep!

Show All Comments
Fernando Herboso - Broker for Maxus Realty Group
Maxus Realty Group - Broker 301-246-0001 - Gaithersburg, MD
301-246-0001 Serving Maryland, DC and Northern VA
I can just imagine how welcome are these news to an skier in your area...have a great day
Like
chevron_left
Older Post
Back to Top
Newer Post
chevron_right
Rainmaker
152,887 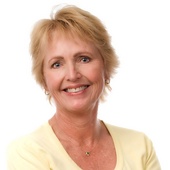 What is happening in the Flathead Valley.