Again, with the entire market leaning one way, you are looking at the horizon and planning accordingly!  With your decades of experience and unceasing appetite for learning I know I shall be learning from you for many many years.  Happily, too.

This is but another seed from which a mighty Oak shall sprout.

PRICE DECLINES IN SEATTLE PER CASE-SHILLER INDICES AND DSNEWS Today in the DSNews - Home prices rose at their fastest pace since July 2006, according to Standard and Poor’s Case-Shiller 10- and 20-city Home Price Indices. At the same time, the Case-Shiller national index, reported quarterly, registered its strongest gain since Q2 2006.  Can be evidentiary for a “Seller’s Market”. The gain in their 20-city index had some contraindicative data dropped on it in the form of an eleven-city drop with no immediately-recognizable pattern.  Of the three cities in the West we find Seattle right in their midst.  Not so supportive of a “Seller’s Market”. The monthly price declines were led by Chicago (-0.7 percent), followed by Detroit (-0.6 percent), and Portland and Seattle (-0.5 percent each).  Although that doesn’t even scratch the surface of year-over-year gains it is making waves enough to get the attention of many real estate and financial periodicals out there.  Enough attention that most are commenting or even writing articles on it.  Are the echos of “Seller’s Market” diminishing?

Year over year info into last quarter 2012 started fluctuating:  The 10- and 20-city indices each rose 0.2 percent in December, reversing declines in November. Year-over-year, the 10-city index was up 5.9 percent, and the 20-city index rose 6.8 percent. The national index was up 7.3 percent year-over-year.  Then you have the most recent month-over-month declines including Seattle with -0.5 percent.

So it appears a year-over-year rally was marred by two significant decline periods, November and our most recent report.   What troubles me is their statement:  …”drops in prices in 11 cities with no distinct pattern. Prices fell month-over-month...”.  Not very comforting, being unable to attribute market shifts to any particular economic or social aspect.  Or is there?  How solid a “Seller’s Market” can it be?

Can we push a house off a fiscal cliff?  Can it be sequestered?  Can we vote on it?  Yes, that is really reaching right there.  What do you think?  Let us know, glad to get feedback.

As long as people are buying and people are selling and there is a market, we are happy. 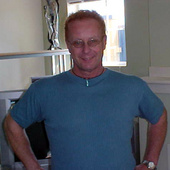 over 8 years ago
bookmark_borderbookmark
Good schools for the kids around Education Hill an...
View more Recent Posts   arrow_forwards