At most big networking groups, they have volunteers at the door, signing people in, making name tags, collecting money, and many other things.

Being one of these volunteers is like hitting gold at a networking event. It accomplishes TWO major things with networking.

First of all, you will be able to meet every new person who comes through the door. Imagine, being able to meet the people you have been wanting to and having them coming up to you! This is what happens when you work at the registrar! Treat this job as you would your best client. Its important to remember to treat everyone with respect.Make sure you introduce yourself. Find something to compliment them on. Don’t just do the job, but focus on networking while doing the job.

The second reason you want to work the registrar is because its so much easier to get out of your comfort zone. You won’t have to worry about walking around and introducing yourself to everyone. They will be coming to you.

Networking can be very rewarding.  If you run networking like a business it will be profitable for you.

Richfuscious say: What you put in..you get out. Thank you Jennifer Provencio

Great information!  Thanks for sharing it and I hope your weekend is great too!

I used to avoid networking meetings like the plague. I've attended a few of them this year. I didn't get any useful information out of them but I will keep trying to schedule one every few months from now on. There's always that one chance you could meet someone who you develop a good business relationship with.

It is really tiresome chore to get up earlier and stay past 10 Pm.

Many people mail in their votes busy just 2-3 times in a day....

I haven't attended networking events lately.  I didn't find it to be effective for my marketing.  I will have to think about it to see if there is a more targeted group to join for better results.  Good idea about volunteering at the registration desk.

I recently received a poorly executed follow-up email, 6 weeks after a networking event. I did not recognize the name and reported it as spam.

I did some research on follow-up best practices and wrote a blog post at http://activerain.com/blogsview/5180332/business-networking-follow-up

If you can get an advance list of attendees, it's good to find people you may specifically want to meet.  Great way to develop relationships with referral partners.

thanks for the networking tip. Being the first impression an attendee experiences can powerful and should not be overlooked. 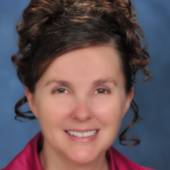