I recently read a blog on whether it was spring yet in our area by Glenda and Steven McDaniel. I work in Utah and live in Idaho. I was home last weekend and thought I would take a picture of the falls in spring. If you can call it spring because it was cold, windy, and there was a chance of snow. I also thought it would be a good time to add a few pictures, from 2002, of what the falls look like in the winter when, at times, they freeze. Very pretty. Later, in a future blog, I will have to show you pictures of how beautiful Idaho Falls looks in the summer.

I will give you a short history of the falls. Idaho Falls has been called a few other names before settling on Idaho Falls. When the many people were headed to the gold mines around 1863, Matt Taylor went through the area and thought about how it would be a good idea to build a bridge over the Snake River so that people could get to the mining fields and to get supplies to that area. He went on to Montana and came back in the winter of 1865. While the river was frozen he built the first bridge and named it Taylor's bridge. The area became Taylor's crossing and a supply store was built.

While Matt Taylor was in Montana, Harry Ricketts started a ferry services up the river from where Taylor's bridge would be built. It was named the Eagle Rock Ferry because it was near a rock that the Eagles nested in. In 1972, Taylor's crossing was renamed Eagle Rock. By 1880 there were 249 residents of Eagle Rock. The first canals were dug in 1884. With irrigation came agriculture. Idaho agricultural products include wheat, barley, sugar beets, oats, and the ever famous Idaho Potato! In 1891, the town residents renamed the town Idaho Falls after the rapids near the bridge.

In 1901, the first generating plant was built. A dam was created up river and retaining walls were built near the bridge. This was the beginning of the falls.They generate hydro-electric power for the area and for as far away as California.The falls were modified in 1982. You must sign in or register to leave a comment
Login Register
Show All Comments
Rainmaker
65,198
Carol Judd
New Star Real Estate - Vernal, UT
Vernal Utah Real Estate
Julie,   The frozen falls are incredible.  What fun photos.  Thanks
Apr 24, 2008 08:36 AM
LIKE
#1
Rainmaker
43,005
Julie Kippen
Vernal, UT
It is cold, windy and snowing in Idaho Falls today. Not sure when true warm weather is coming.
Apr 24, 2008 08:56 AM
LIKE
#2
Rainmaker
304,073
Dick Betts
TOUCHSTONE REAL ESTATE - The Villages, FL
REALTOR® The Villages, Florida
Julie, Thank you for commenting on my Blog "Setting up a Fear Button".  I hope you help spread the word everytime you see somebody with a Treo.  Thanks again for the visit!
Apr 26, 2008 01:12 AM
LIKE
#3
Ambassador
530,403
Mirela Monte
Buyers' Choice Realty - North Myrtle Beach, SC
Myrtle Beach Real Estate

Julie, with as much knowledge of your area as you have, why would anyone buy real estate from anybody else but you?

Great pictures!  Thank you for sharing!  I look forward to the summer shots1

how beautiful - glad to see I am not the only one still dealing with snow and ice - I just want to scream when I hear about global warming - I know it is real.... but don't tell me about it when I am freezing my tush off 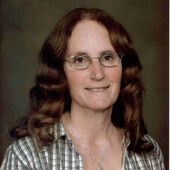