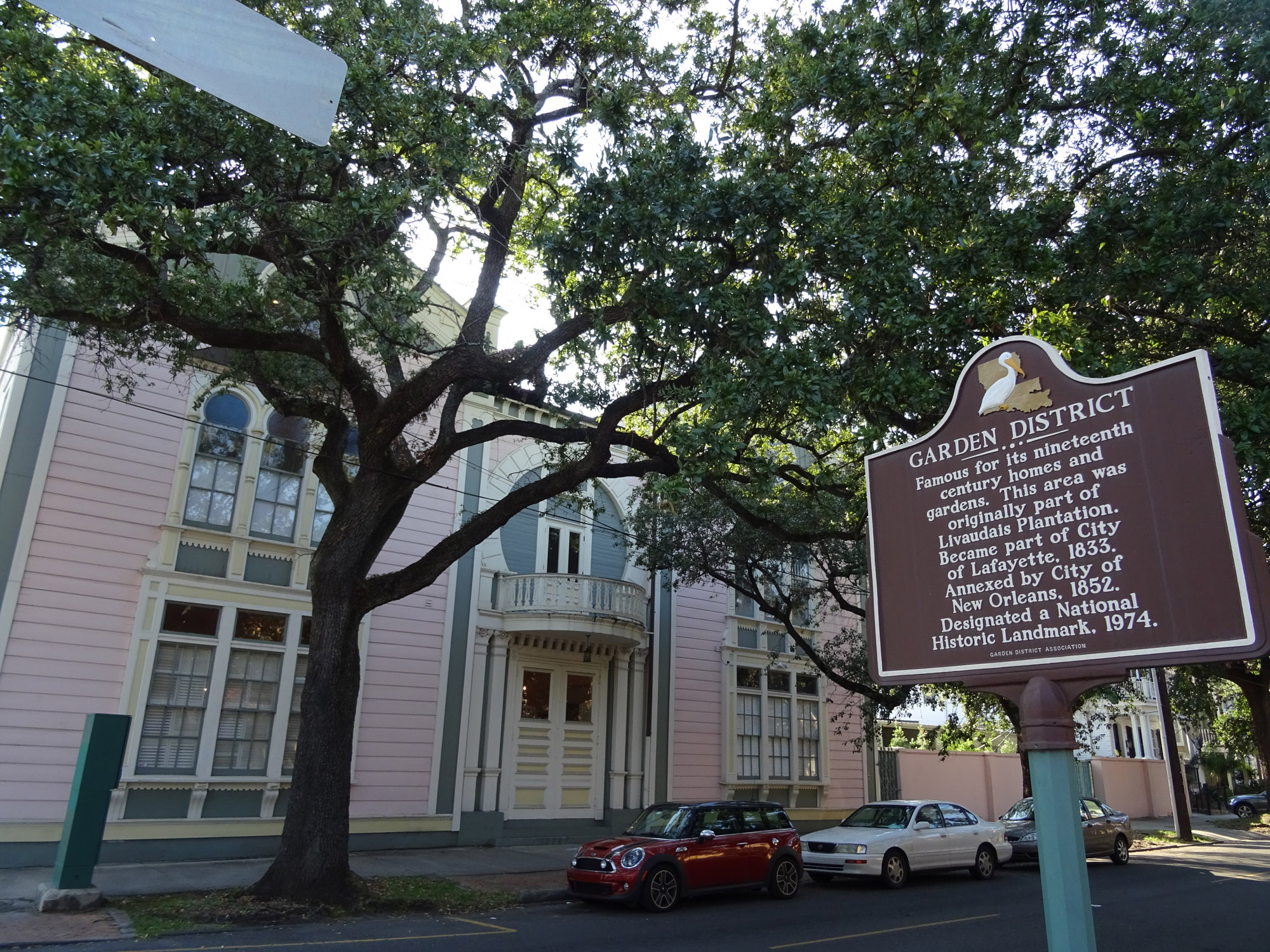 The Garden District was once a bunch of southern plantations that were later divided off and made into neighborhoods. Once the area was divided and neighborhoods started to form, there were typically two houses per block and they were each surrounded by large gardens, which is where the “Garden District” gets its name. The area was first laid out in 1833 and was later annexed by New Orleans in 1852.

Today, the Garden District is known for its manicured neighborhoods that are lined with oak trees and full of historic homes. Many of the homes are kept in pristine condition and consist of inspiring architecture. The area is also known for its close proximity to the St. Charles streetcar route, Magazine Street shopping, Audubon Park and Zoo , famous New Orleans universities, and many premier restaurants. A number of movies have been filmed in the Garden District and it is home to many actors, athletes, and writers.

Many people who visit this area experience love at first sight with the beauty and history of this neighborhood. The area was designated a National Historic Landmark in 1974.

Sounds like a lovely neighborhood. Any home that has a garden cannot be bad. Do people utilize the area for planting things or does the HOA take care of that?

Dec 13, 2018 09:13 AM
LIKE
#1
You must sign in or register to leave a comment
Login Register
Show All Comments
Older Post Newer Post
Back to Top
Generate More Leads from this Listing
With a Trulia Pro Account
Learn More
Find what you need?
See More Blog PostsAbout Real Estate! SEE MORE NOW!
Rainer
252,035