I represent taxpayers in the greater Saint Louis Missouri area as well as the state of Missouri and nationwide who have IRS back tax issues as well as unfiled returns.

A lot of people find themselves in hot water when it comes to money and spending.  This week, though, as tax season is definitely heating up, I wanted to get back to some basics when it comes to everybody’s favorite problem – tax fraud.

Just like clockwork, I have been getting all sorts of notices from the IRS about the latest schemes to take advantage of taxpayers and while some of 2020’s scams are simply modernized versions of traditional cons, there are some alarming twists.

Ghost Tax Preparers  This is an old one, too, but until recently, was only a problem for a small percentage of taxpayers.  It works like this:  a taxpayer pays someone to prepare and file their return and that preparer (generally) makes certain guarantees regarding the size of the return.  In exchange for a “maximum” return, the taxpayer will pay a premium – up to $1,000 – for the service, but the actual person who prepared the tax return will never sign the return (as they legally must do).  The results?

There are tons of different ways these and countless other scams are carried out, but the basic way to fight ALL of them?  Simple – have a professional prepare your taxes.  Make sure they have a “real” office, not some sketchy set up that opens in January in an empty strip mall and is closed on April 16th. 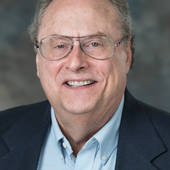