The Last Protector (2020) is a historical crime novel in the setting of London in 1668 by award winning British author Andrew Taylor. Dolores and I enjoyed this book and recommend it for your reading list. Click on the links to learn more about the author and his books. 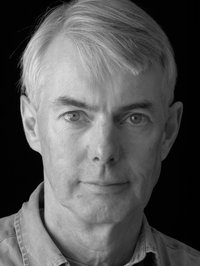 Andrew Taylor (b. 1951) is a British author of mysteries. Born in East Anglia, he attended university at Cambridge before getting an MA in library sciences from University College London. His first novel, Caroline Miniscule (1982), a modern-day treasure hunt starring history student William Dougal, began an eight-book series and won Taylor wide critical acclaim. He has written several other thriller series, most notably the eight Lydmouthbooks, which begin with An Air That Kills (1994).

His other novels include The Office of the Dead (2000) and The American Boy (2003), both of which won the Crime Writers’ Association of Britain’s Ellis Peters Historical Dagger award, making Taylor the only author to receive the prize twice. His Roth trilogy, which has been published in omnibus form as Requiem for an Angel (2002), was adapted by the UK’s ITV for its television show Fallen Angel.

Goodreads Review of The Last Protector

From the No.1 Sunday Times bestselling author of The Ashes of London comes the next book in the phenomenally successful series following James Marwood and Cat Lovett.
A dangerous secret lies beneath Whitehall Palace…

Brother against brother. Father against son. Friends turned into enemies. No one in England wants a return to the bloody days of the Civil War. But Oliver Cromwell’s son, Richard, has abandoned his exile and slipped back into England. The consequences could be catastrophic.

James Marwood, a traitor’s son turned government agent, is tasked with uncovering Cromwell’s motives. But his assignment is complicated by his friend – the regicide’s daughter, Cat Lovett – who knew the Cromwells as a child, and who now seems to be hiding a secret of her own about the family.

Both Marwood and Cat know they are putting themselves in great danger. And when they find themselves on a top secret mission in the Palace of Whitehall, they realize they are risking their lives…and could even be sent to the block for treason. 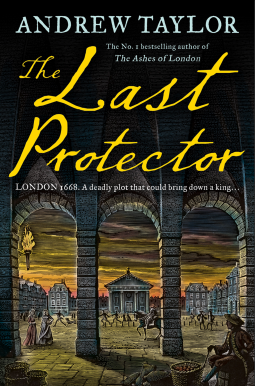 This blog was not posted at the scheduled time. The scheduling feature is not working this morning.

Good morning Roy. Has your reading pace increased at a time when my reading time has decreased? You seem to read a book while I only mange a couple of chapters! Enjoy your day.

Hi Roy... interesting concept for a book. And I loved your anemone picture today.

Good morning Roy.  May need to check out this book. Make it a GREAT Wednesday. Thanks for sharing.  Bill Salvatore

Good morning Roy! Thank you for sharing your book reccomendation as well as your lovely photograph!

What an intriguing story the plot of this book has.  I love the blue poppy you shared today.  A

Sounds like an interesting book Roy. My son loves crime thrillers so I'm going to pass it along to him. Thanks for the review. Love the purple poppy 😀

I told my wife last night, I'm 50% through my last book, I need to go to the store and buy a few more.  This one sounds like one, I would enjoy

The Last Protector sounds like a great historical crime novel for the book worms out there, Roy.