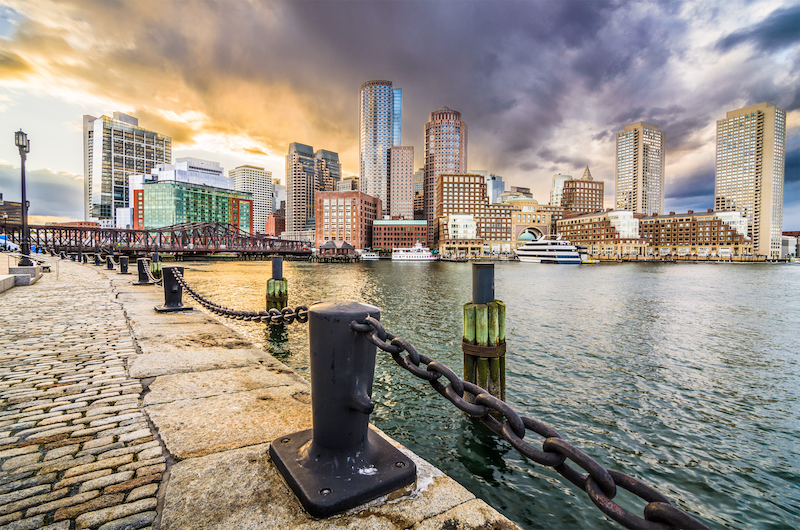 The City of Boston is currently the 3rd most expensive rental market in the US behind New York and San Francisco.  Apartment prices have been steadily on the rise for over a decade due to a short supply of housing and a growing demand for apartment rentals.  This demand-growth has been fueled by increasing enrollment at local Universities and an ever-growing stream of VC funding towards Boston-based startups.

2020 marked the first year since the housing crisis where rent prices dipped in Boston.  The pandemic led to mass vacancies near Downtown and local Universities due to remote work and remote learning.  Vacancy rates climbed as high as 25% in Downtown, and still remain above 20% currently.  As a result, average rent for Downtown Boston apartments is down -21.45% YOY, Bay Village rents are down an average of -17.67% YOY, and in Beacon Hill average rent is down -12.36% YOY.

Still, many of the other premium neighborhoods near local Universities were able to prevent prices from slumping by offering reduced move-in fees as incentives.  These neighborhoods have a more sizable student population compared to the business-professional crown that favors Downtown areas, thus are less likely to have long-term supply issues.  Many landlords were correct in forecasting that remote learning would be relegated in Fall 2021.  They also know that the remote work phenomena is more likely here to stay.   For this reason, rent prices in neighborhoods like Back Bay, South End, and Fenway dropped by a much more reasonable 6-10% compared to prices for apartments near Downtown.

These prices are from the Boston Pads database.  The data has been stripped of luxury listing prices as they are often outdated and/or inaccurate.  By removing them, we can ensure better data integrity in terms of vacancy rates and average rent prices.

So without further ado, here are the 5 most expensive neighborhoods to rent an apartment in Boston in 2021: Move over Back Bay, there’s a new top dog in town.  Seaport has seen a surge in luxury building development over the past decade, and as a result their non-luxury apartment inventory has been growing.  Whereas a year ago there was very little rental data for non-luxury apartments in the Seaport district, their housing supply has grown by 20.6% YOY in that category, with a lot of rental activity occurring in the past year.  As a result, there are now enough data points to provide an average rent price for studios, 1 bedroom, 2 bedroom, and 3 bedroom Seaport apartments, and it blows Back Bay out of the water. While Back Bay has been dethroned as Boston’s most expensive rental market, it still holds down the second spot on our list.  Average rent in Back Bay is down -9.23% YOY due to a vacancy rate that has more than tripled since April 2020.  In actuality, renters are saving much more than 9.23% in Back Bay because over 72% of landlords are paying all or a portion of the brokers fee in Boston Pads’ inventory of available Back Bay apartments.  Because of this, renters will score deals over the next few months before the student population begins to reenter the market in June. I feel like the rents in big cities are absolutely astronomical these days! But they are what they are,and there are some really good properties out there

Agreed Laura!  I lived in Roslyn, NY for a while and we moved to Florida because of cost of living.  Cities like Boston and New York need to address the shortage in affordable housing inventory to keep middle class families and individuals from moving away!