As a Realtor who works a great deal with families with children and have two amazing kids myself, I know that it's on the top of the priority list to find a home within an outstanding school district.  I also know that finding that home in a great price point is an added bonus.  Dovetail that with being close to brand new shopping areas, restaurants, and easy access to major roadways, and you have a winner!

Where in the Denver-Metro Area could this find be?  An area that is only 20 minutes to the Denver Tech Center, 20 minutes to DIA, and a hop-skip-and a jump to one of Colorado's best reservoirs? Southeast Aurora!  Surprised?  That's okay... read on and learn what others are finding out too!

Many people inadvertently think that Aurora's boundaries are much smaller than they actually are.  In fact, Aurora is the third most populous city in the state of Colorado, and the 59th most populous city in America!  Aurora stretches through major roadways such as I-70, I-225, as well as E-470.  Getting around Aurora is an easy navigation, but that doesn't mean that it's a quick trip!  Since Aurora's boundaries are so large, you can easily drive for 30-40 minutes and still be in Aurora!

One of the school districts within Aurora's boundaries is the nationally recognized and highly coveted Cherry Creek School District.  Do a google search on this district and you're sure to be impressed.  68% of the teachers employed by this district have earned their Master's Degrees, two-thirds of the schools rank "Excellent" or "High" with no school ranking "Low" or "Unsatisfactory" on the Schools Accountability Report from the Colorado Department of Education.  Their standards are high, and they have the results to stand behind.  In 2008, the graduating classes collectively received more than $30 million in scholarships including 34 National Merit Finalists, 2 West Point appointments, 3 Boettcher Scholars, and the Martin Luther King Scholarship!  WOW!

Aurora is expanding its housing options by pushing east and south.  New construction abounds which gives buyers an abundance of wonderful options.   Southeast Aurora boasted the site for the 2007 Parade of Homes in Southshore.  Beacon Point is right off of the reservoir, and Heritage Eagle Bend is one of the best upper-end, gated age-restricted communities that Colorado has to offer.  These communities are just a few of the dozens that are making southeast Aurora the buzz of the real estate community!  Oops... did I forget to mention the best shopping experience around... Southlands!

So, does any of the above sound appealing?  Yes?  You're not alone!  Aurora is pushing forward and offering its residents more value than ever before.  Are you curious to learn more about your current home value in Aurora or about the options available in southeast Aurora?  Contact me today.  I'm more than happy to help!  Not only do I believe strongly in Aurora's future, but I'm also a southeast Aurora resident!

krista-great post.I really like the pictures. Aurora looks like a nice place to live and raise a family.

We're moving from out of state and we're interested in this area for the school district.  I like that you believe in the area and seem very informed!  I looked at your website and really liked what was there.  I feel that you would be a great fit for our Realtor! 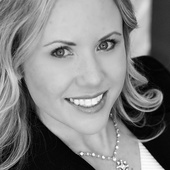