I was just reading Chris and Karen Highland's post from a few minutes ago with their excellent Top Ten Reads and thought that I would share mine.  You can find Chris and Karen's post here:

(Excluding: "The Millionaire Real Estate Agent" and "SHIFT" by Gary Keller that should be on the top of every Realtor's Top 10 List!)

#1:"The Traveler's Gift" by Andy Andrews:

Certainly one of the most influential books of my adult life.  The story of Michael Ponder, a man who feels that he's lost everything and tskes a trip through time and space to find out just how much he truly has.  On his journey, he is given the gifts of 7 decisions that affect our choices on how we define our lives.  Note:  Also available as "The Young Traveler's Gift", which is written from the perspective of a teenager.

Other than from my Mom and Dad, I have learned more from John Maxwell than from any other person in my life so far.  It was listening to John Maxwell speak at the Keller Williams Family Reunion in 2004 that ignited my passion for reading again.  "Failing Forward" was the first of many of his books that have moved me forward on my personal journey.  In fact, easily half of this Top 10 List could be made of of John Maxwell's works, such as - "Talent is Never Enough", "Winning with People", "The 21 Laws of Leadership" and "Today Matters".   I have joined John Maxwell's Maximum Impact Club and receive audio lessons from John on a monthly basis.  Check out his website at www.MaximumImpact.com and know that any time spent listening to or reading anything by John Maxwell is time very well spent.

#3: "The Seven Habits of Highly Effective People" by Stephen Covey

A true classic for the past 15 years.  Stephen Covey guides us with the principles of fairness, integrity, honesty, and human dignity as he brings focus to the habits that breed true success.  More than one of these 7 habits are included in the Keller Williams "Wi4C2TS" belief system.  If you've read the book, you know which ones and if you haven't read it yet, well ....  Also by Stephen Covey that are well worth the read are, "First Things First" and The 8th Habit".  Note:  His son, Shawn Covey has written "The 7 Habits of Highly Effective Teens" and his other son, Stephen M. R. Covey, recently wrote the next book on my Top 10 List!

This is a GREAT book that takes a completely new perspective to the most basic componet of all relationships - Trust.  Stephen Jr. looks at trust from many aspects including the real price of trust (or the lack thereof) in terms of dollars and time.  He gives great insight into defining trust and what makes or breaks it, how to build it and how to repair it when it's broken.  This is a fantastic book that I have reaad and then went out and bought the audiobook so that I can hear it again and again in my travels.  Frankly, I found Stephen Jr. to be more enjoyable to read than his Dad!

This is an absolute MUST read book for anyone who is even remotely thinking about starting their own business (which includes becoming a Realtor.)  Michael tells the story of a friend who enjoyed amking the best pies in town who made the fatal mistake of listening to everone who said she should open a Bake Shop.  I have been thanked by several people for insisting that they read this book before they embarked on owning their businesses.  After reading this book, your eyes will be open to many of the problems that often develop in every "business-for-self" endevour and greatly enhance your chances for success. Michael Gerber has written many other books including, "The E Myth Mastery", which I am currenly is the process of reading.

Get ready to look at a whole new way of looking at your perceptions and your reality.  Byron Katie introduces you to a series of questions that allow you to look at how we perceive things in a completely different way.  Reading this book has completely changed the way I think about thinking and the thoughts that make up my "reality".  By questioning the validity of toughts that cause pain, anxiety and stress, we can change how we feel about ourselves and the world around us.

A "must read" for anyone in any aspect of customer service.  One of the easiest and quickest reads in my library, Ken tells the fairy tale of Charlie, the fairy godmother (who loves a good game of golf) who arrives to take the new salesmanager under his wing and show him all the lessons he'll eever need to know about delivering customer service at a "world class" level.  Anything from Ken Blanchard is well worth reading including, "High Five"," Leading at a Higher Level"," Gung Ho" and more.

One of the best books on leadership ever written.  Starting with the first chapter entitled "Good is the enemy of Great" Jim and his team explore what the differences are between companies that make it to "good" and what it takes to make a company truly "great",  Some of the answers might surprise you.  Jim interprets the reasearch in a way that is clear, providing great examples and analogies to illustrate each.

#9: "What Got You Here Won't Get You There" by Marshall Goldsmith

And now for something completely different!  (with apologies to Monty Python)  Marshall shows us that it's not what you should start doing, but what you should STOP doing to move to the next level.  This is one of the most refreshing books on leadership that I have read in a long time.  Working on the concept that change can indeed be difficult because it often means having to completely reverse habits and old ways, Marshall points out how just stopping these same habits is much easier and often all you need to do to get out of your own way.  He looks at each of the most common mistakes that people make in their relationships, how that can affect the people around you and how to avoid making them.

This book is one of those "sleepers" that I just happened to notice at Costco and was fortuate enough to pick up.  Frank Luntz is a "wordsmith extrordinaire".  A long-time political speachwriter, he has influenced the political and promotional vocabulary of our entire generation.  Frank researches the different ways that you can say the same thing and yet get an entirely different response.  The subtitle of the book is "It's Not What You Say, It's What They Hear" and he really proves his point with real-life examples and study results to back it up.  Extra bonuses include such things as how to write a more effective letter, how to improve your odds of getting out of a traffic ticket or onto a flight when you're late and the doors are already closing.  this is probably one of the easiest books to take and impliment into your life, and that's whay it makes it into my Top 10!

"The 5 Dysfunctions of a Team" by Patrick Lencioni offers great insight into how to get the right people on your boat and everyone to "row in the same direction".  Told in the often used "tale of a ficticious company" format, it makes it easy to see bits and glimpses of yourself and others in the various characters that make up the story. While I have not read Patrick's other books (yet), I have heard good reviews, particularly "Death by Meeting".

"GO Put Your Strengths to Work" by Marcus Buckingham (also "The One thing You Need to Know", "First Break All the Rules" and "Now Discover Your Strengths")

"Work the Pond" by Darcy Rezac - "Don't judge a book by its cover".  The cover of this little gem does not do credit to the great insight contained therein.  In fact its probably one of the worst bookcovers that I've ever seen.  However, this book provides fantastic ideas and direction on how to become a master at networking.

Thank you for all the book reading recommendations.  I have postmarked this post so that I can revisit it when it comes time to read my next book.

Hey Garry - You're welcome. Do you have any suggestions or favs?  When you fifnish reading all of the great books in the world, remember to "book it forward"!

I am currently reading a classic:  "How to Win Friends & Influence People" by Dale Carnegie.   I would recommend it to anyone who has not yet read it.

Yes, It truly is a classic and one of the first books of it's kind that I ever read.  I can't believe it's not on my library list.  I've got to get in there and do some updating.  I've got about 15 more books that i've finished recently that have to be added.

Strange that it wouldn't be on there as one of my FAVOURITE comebacks when people say something that wasn't very nice.  I usually say, "I'm SORRY.  I didn't recognize YOU!  Aren't you the one that wrote "How to Win Friends and Influence People?"

(I believe sarcasm is an art form.)

Rick, I have been spending so much time on AR that I don't have time to read, but will bookmark your blog and make some time for one of your inspiring recommendations.

This is a great list!  Thanks for posting it in Realtors and Friends that Read!

This is a great list, I've read a few, like Raving Fans, and you're right, MREA should be on everyone's list - Its a blueprint for running a real estate business.

Hi Rick: Thanks for letting us know about all these great books! I can't say I've read any of them (except half of the Millionnaire Real Estate Agent which I'm working on right now) but I'm going to bookmark this and come back to it next time I need a book to read.

Boy, I know I'll be busy reading some of these. I heard John Maxwell also at the 2004 KW Reunion.  We must have met somewhere in that crowd of 7000!  He was inspirational.  Thanks for the list

I'm getting ready to spend some money at Amazon and I'll definately include some on your list.

All great books. The book that has had the greatest effect on my life is "How To Use Your Time Wisely," by Phyllis Kaufman and Arnold Corrigan. It's a mere 101 pages and the book only cost me $4.50. There are usually copies available at amazon.com for a penny. I keep 10-20 copies on hand to give away to the newly self-employed, new college graduates, wedding gifts, etc.

Rick, this is a great list.  I am featuring this in the group 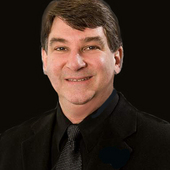