SKY WEST AIRLINES has been in business in St.George, Utah for 35 years, and has grown from a one-plane operation to the world's largest regional airline alliance.

In June, 1972, SkyWest launched its first flight in a Piper Seneca light twin aircraft and then flew 256 passengers that year.  In 2006, the airline flew 19.5 million passngers.  The company started with 3 employees and now has 11,000.  They fly to 146 cities in 38 states and 5 Canadian provinces, with more than 1,800 daily departures through hubs in Chicago O'Hare, Denver, Kansas City, Los Angeles,  Milwauke, Portland, Salt Lake City, and San Francisco operated out of 81 stations.  Their major partners are Delta and United Airlines.  One last statistic - they flew 9.5 billion revenue passsenger miles last year.  That growth in 35 years is pretty impressive!

Chip Childs, named President and COO in February of this year, started with SkyWest 6 1/2 years ago as Senior Director-Controller.  He played a significant role in the acquisition in September, 2005, of Atlanta-based Atlantic Southeast Airlines.

CEO is Jerry Atkin, son of the founder.  Here's what he envisions for the combined company, "We've found that quality service with a competitive cost structure is the cornerstone in excellence for our employees, our customers, and every stake holder at SkyWest, Inc....So while others make failed attempts in search of reinventing business models or wait for paradigms to shift, we're going to continue to build on what's made us successful for over thirty years."

SkyWest will benefit from the planned new regional airport in St. George (visit http://www.sgcity.org/purchasing/sgdetails.php?id=504) to be built about 7 miles from the current site.  As they transition to larger regional jet aircraft, their needs for a more modern controlled airport will increase.

For information about the St.George area, and real estate opportunities, call or email me.  I'm bullish on the area and will be here to watch even more explosive growth during the next few years. 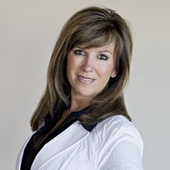