One of the things I look up prior to an inspection is the amount of time on the market.  This gives me some idea concerning the condition of the house.  Yes, there are variables that I can't foresee, but, generally, the longer a house is on the market (especially if it is vacant) the worse it looks.

Today people are looking for a bargain and there are plenty of them out there. What many buyers don't seem to understand is that bargains might contain problems.  They are immensely disappointed when the bargain house they are looking at has some severe issues. The photo on the left shows an attic in a house I recently  inspected.  There are several problems with the attic (chimney, insulation and etc.) and I called out all of them in the report which caused the buyer to walk away from the deal.  I don't embellish the facts with opinions, but I do let my clients know what it takes to be sure the major issues are corrected.  Clients take the information hard, they see their dream house (at a bargain price) crumbling around them and it is, at least, depressing.

I understand the emotional highs and lows of trying to buy a house and finding that the truth is not always what it was when they entered into the agreement in the first place. Freshly painted walls, new siding and bathroom fixtures have a tendency to overshadow the serious issues, such as the one above.

First time home buyers are the most susceptible to the (what I call) "Rose Colored Glasses Syndrome" and I take special care with these clients.  There are ways to state the facts without impugning their intelligence for even considering the house in the first place. Sometimes the buyer shoots the messenger andI feel really bad about being the messenger of ill tidings.  As in the photo to the left where the plumbing needed to be redone correctly, but at the time of the inspection the drains were working, the garbage disposal disposed of the garbage, and the dishwasher didn't get any of the garbage the disposal was putting out.  They explained to that I was way to picky and as long as it was working it was okay.

Homeowners and potential homeowners I don't want to make my job harder.  Therefore, I don't make anything up.  Reports just state what I find, nothing more and nothing less.  I just report what I see and usually that is plenty for me to report.  Wouldn't it be wonderful if every home I inspected only needed a 1 page report. By the way, both of the houses where I took the above photos were beautiful older homes that had been "completely redone".

It's the words "completely redone" that scare me the most!  And you are mostly right about the time-on-the market condition of the house!

Good read, Jack, thanks for sharing.  Unfortunately too, we often get looked at like it's our fault, or we're the bad guy, or everything was going great until it got inspected and all of these problems were uncovered. I just had a young lady last week with a young daughter who brought her whole family and then some.  After I got through with everything and informed her about the bad roof, major crawlspace issues, horizontal foundation cracks on 3 sides, etc., it felt as if all were staring at me like, how could you have ruined this moment for her/us? I feel like saying, do you realize I might have just saved you 20k? I guess we can't make people appreciate what we do all the time.  And of course, like your post, the house was professionallly staged and the interior was immaculate.

Jay, your right about the words "completely redone".  Lately, I have had more than my share of homes where someone has tried to hide the truth.  Fortunately for my buyers, they weren't any better at disguising problems than they were at repairing them.

Josh, I know what you mean, I have had my share (and maybe someone else's) recently. I know the news is bad on occassion, but better to know now than after the transaction. 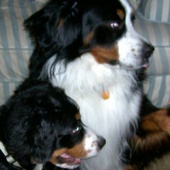