I was still actively listing and selling real estate in New Jersey about nine and a half years ago but thinking about retirement and where I wanted to be. I knew that I wanted to leave NJ, with the highest property taxes in the United States, but was not sure where I wanted to be. Initially I looked into Portsmouth New Hampshire because I like what I read about it and there was no state tax. I found a an agent I liked a lot and began refining my search. Portsmouth and Rye (a beach town in that area) were lovely but expensive. I stayed with it and even went to look at some things but it became clear that I wouldn't be able to afford anything that would suit me.

I then decided to explore the Berkshires in Massachusetts again, where I had spent numerous years attending Tanglewood concerts. Tanglewood is the summer home of the Boston Symphony, and any number of popular artists appeared there too. I like the area a lot but visiting somewhere is often very different than living there.

I had looked there off and on for about ten years, but since it is a resort area the prices were just to high for me to handle, and any number of homes stayed on the market for years in the hopes that someone from outside the area would would want it enough to pay their inflated price eventually.

That said, there was still a strong pull and so I decided to look again. My first agent had already retired so I found one who had listed a home that I offered on years before but did not prevail. My new agent was different than I had experienced before: no nonsense and all business. She suited me and so my search began again. Hello again Lise. It is a magical place. TY      Sheila

Yes, Portsmouth is expensive and Rye is very expensive. Gorgeous area. I miss living in Portsmouth and I'm so glad I had the time I did there. Much nicer now being mortgage free!

Hi again Sharon. You were lucky to live  in Portsmouth.  I couldn't afford it.    TY Sheila

Hi Sheila,
I think you always knew deep down The Berkshires was your forever place.

Hi Carol. Actually for awhile I ruled it out, but ultimately came back to it so maybe. TY     Sheila

Thank you very much, Sheila, for sharing your home search story.

At one point in my life Pam & I had considered moving out that way to open a Real Estate office with the then United Farm Agency.

Hi Doug. It is all Massachusetts just quieter here.     Sheila

Sheila, I have always loved that area of Massachusetts.  I've been to the Tanglewood concerts and spent a week at Kripalu across the street doing yoga.

Hello again Gail. This is a very unique and special area. Glad you came to this area. TY    Sheila

The start of an interesting journey... house hunting in a new area can be fun.

It is something many buyers do not consider enough how every agent has a different character, and they need to find the person who is the right fit for them at this moment or stage in their life. Looking forward to reading through your story of how you settled into this area.

Thanks for taking the trip with me Nick. I'm glad you enjoyed it.    Sheila

What fun to read about your journey from NJ to the Berkshires. Whil I have been through that area when living in Boston we never spent time there, and never even made it to Tanglewood!!

Hi Jeff. I love it here. There are seven posts to this saga. Thank you.     Sheila

Looking forward to reading all about this.  Just found your series when I checked into AR tonight.

Thanks Tammy. I hope you enjoyed it.     Sheila 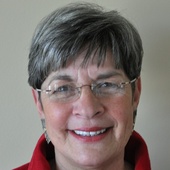