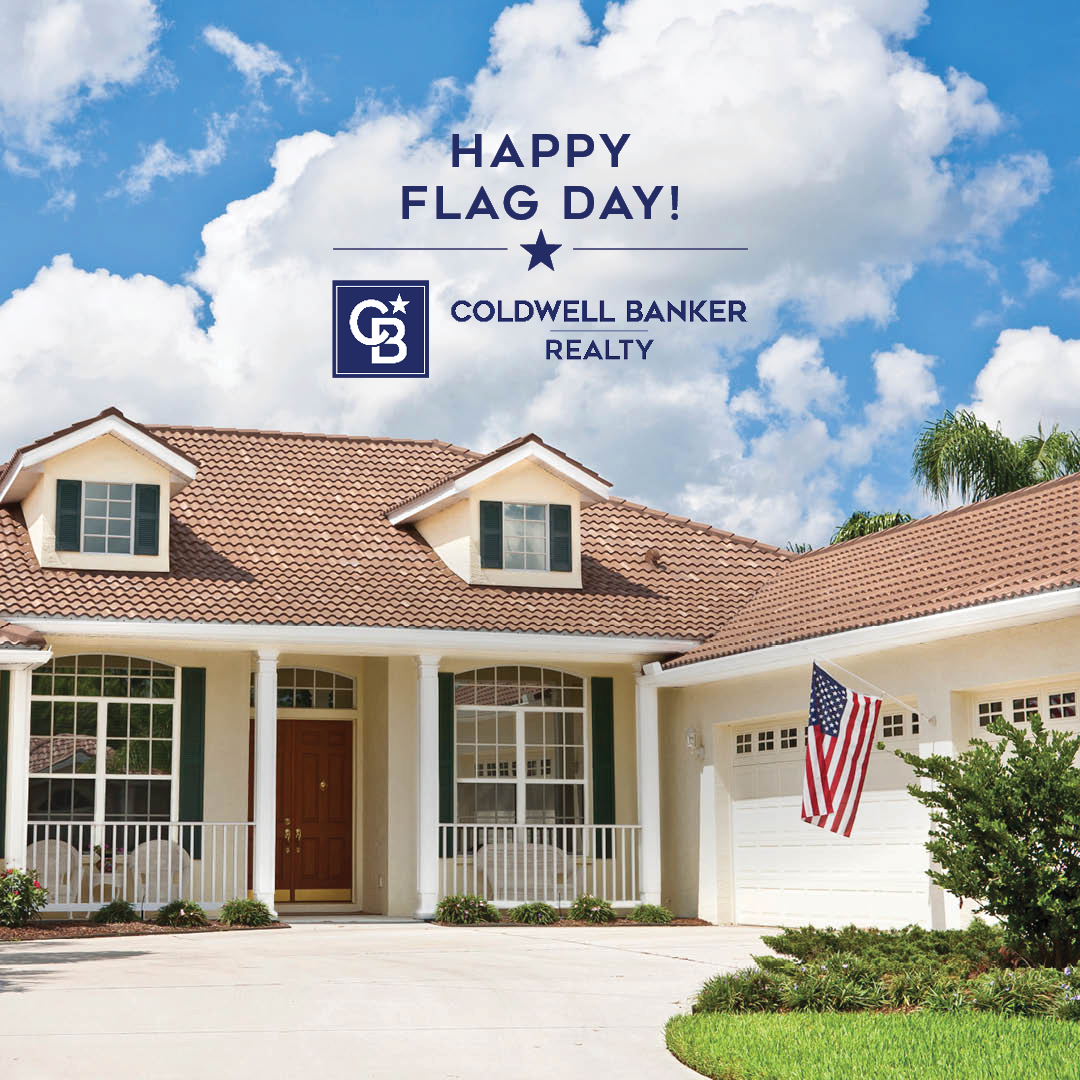 Let's Hear It For The Red, White & Blue!

Flag Day commemorates the adoption of the American Flag on June 14th, 1777. Flag Day is one of those holidays that fly a bit under the radar, as we don't have parades, don't get the day off from work or school. So it's easy to let the day pass without noticing.

In 1916, President Woodrow Wilson issued a proclamation officially establishing June 14th as Flag Day. In August 1949, National Flag Day was established by an Act of Congress, even though it's not an official federal holiday. (Perhaps if it was, more attention would be paid to Flag Day.) Did you know that our current flag was designed in 1958 by a high school student?

DO YOU KNOW WHAT THE RED, WHITE & BLUE COLORS IN OUR FLAG STAND FOR?

The red stands for valor and hardiness.

The blue stands for justice, perseverance and vigilance.

The white stands for purity and innocence.

HOW TO HANDLE/FLY THE AMERICAN FLAG:

The History Of The American Flag: Video

"I pledge allegiance to the Flag of the United States of America and to the Republic for which it stands, one nation under God, indivisible, with liberty and justice for all."

I am the flag of the United States of America.

I fly atop the world's tallest buildings.
I stand watch in America's halls of justice.
I stand side by side with the Maple Leaf on
the worlds' longest undefended border.
I fly majestically over institutions of learning.
I stand guard with power in the world.
Look up and see me.

I stand for peace, honor, truth and justice.
I stand for freedom.
I am confident.
I am arrogant.
I am proud.

When I am flown with my fellow banners,
my head is a little higher,
my colors a little truer.

I bow to no one!
I am recognized all over the world.
I am worshipped — I am saluted.
I am loved — I am revered.
I am respected — and I am feared.

I have fought in every battle of every war
for more then 200 years.
I was flown at Valley Forge, Gettysburg, Shiloh and Appomattox.
I was there at San Juan Hill, the trenches of France,
in the Argonne Forest, Anzio, Rome and the beaches of Normandy.
Guam, Okinawa, Korea and KheSan, Saigon, Vietnam know me,
I was there.

I led my troops, I was dirty, battle worn and tired,
but my soldiers cheered me And I was proud.
I have been burned, torn and trampled on the streets of
countries I have helped set free. It does not hurt,
for I am invincible.

I have been soiled upon, burned, torn and trampled on
the streets of my country. And when it's by those whom
I've served in battle — it hurts.
But I shall overcome — for I am strong.

I have slipped the bonds of Earth and stood watch over
the uncharted frontiers of space from my vantage point on the moon.
I have borne silent witness to all of America's finest hours.
But my finest hours are yet to come.

When I am torn into strips and used as bandages for my wounded
comrades on the battlefield, When I am flown at
half-mast to honor my soldier, Or when I lie in the
trembling arms of a grieving parent at the grave of their
fallen son or daughter, I am proud.

MY NAME IS OLD GLORY. LONG MAY I WAVE.

Happy Birthday to Old Glory! Long May She Wave!

Every day is flag day at my house Nina Hollander, Broker . Last year, on my birthday, we, Timmothy and I, put up a real flag pole and the flag has flown high every day since. Prior to the flag pole Old Glory flew from a more temporary bracket off the front of the house and now the official United States Air Force flag flies from it. We also have a bannor hanging out front stating "God Bless the USA" as well as three small flags off our deck in the back.

Thank you for the reminder,  and I see the flag daily, our neighbors have one, and on the road to errands...A

We proudly have the flag flying on our front porch for all to see.  It is a symbol of our pride in being Americans as well as a reminder to all

Bob "RealMan" Timm hi Bob... I wouldn't have expected anything less from you! :) I believe every day should be flag day.

Ron and Alexandra Seigel hi Alexandra... these days more than ever I feel it's important to remind people that our flag needs to be honored and respected.

Rocky Dickerson hi Rocky... I never lived in a single family home until I moved to Charlotte at the age of 49. One of the best things about living in one is that I can fly the American flag whenever I wish to.

Ed Silva hi Ed... I don't shy away from telling people that I'm a proud American and that I love our flag.

These are very good reminders to share on Flag Day.

Make this a very special day.

Nina, cheers to our American flag, and guess I better get mine out in the flag post.

Roy Kelley hi Roy... when I was a Girl Scout we learned about the proper handling of our flag, but I suspect most people don't know unless they were a Scout.

Joan Cox hi Joan... it's as good a day as any to proudly display the American Flag! :)

Nina, but it has to come down when it rains, and it POURED yesterday afternoon.

Joan Cox yes it does, Joan. I see so many people who never take their flag down when it rains. Hope your weather has improved today.

It is SO HOT!   99 today with possible afternoon showers, but 100 tomorrow and 99 through to the weekend!   We could melt!

Hi Nina- our flags are flying proudly in front of our house!!!!    You and I are of the same mind.

Kathy Streib hi Kathy... as they say... great minds and all that!  I noticed quite a few people in the Rain posted about Flag Day today (more than in years past it seems).

Nina maybe it was a good thing Flag Day is not a federal holiday because if it was the cancel crowed would be trying to cancel that as well.

George Souto you might just have a point there, George. There are enough people already trying to cancel our flag and what it stands for.

A wonderful post Nina.  Thank you.  I will need research a few things out.  High Schooler Designed, Left side - looking at or looking out and why?  On my way for answers.  Mark

Mark Don McInnes, Sandpoint hi Mark... thanks. Now that you mention it, I probably should go and research those facts as well.