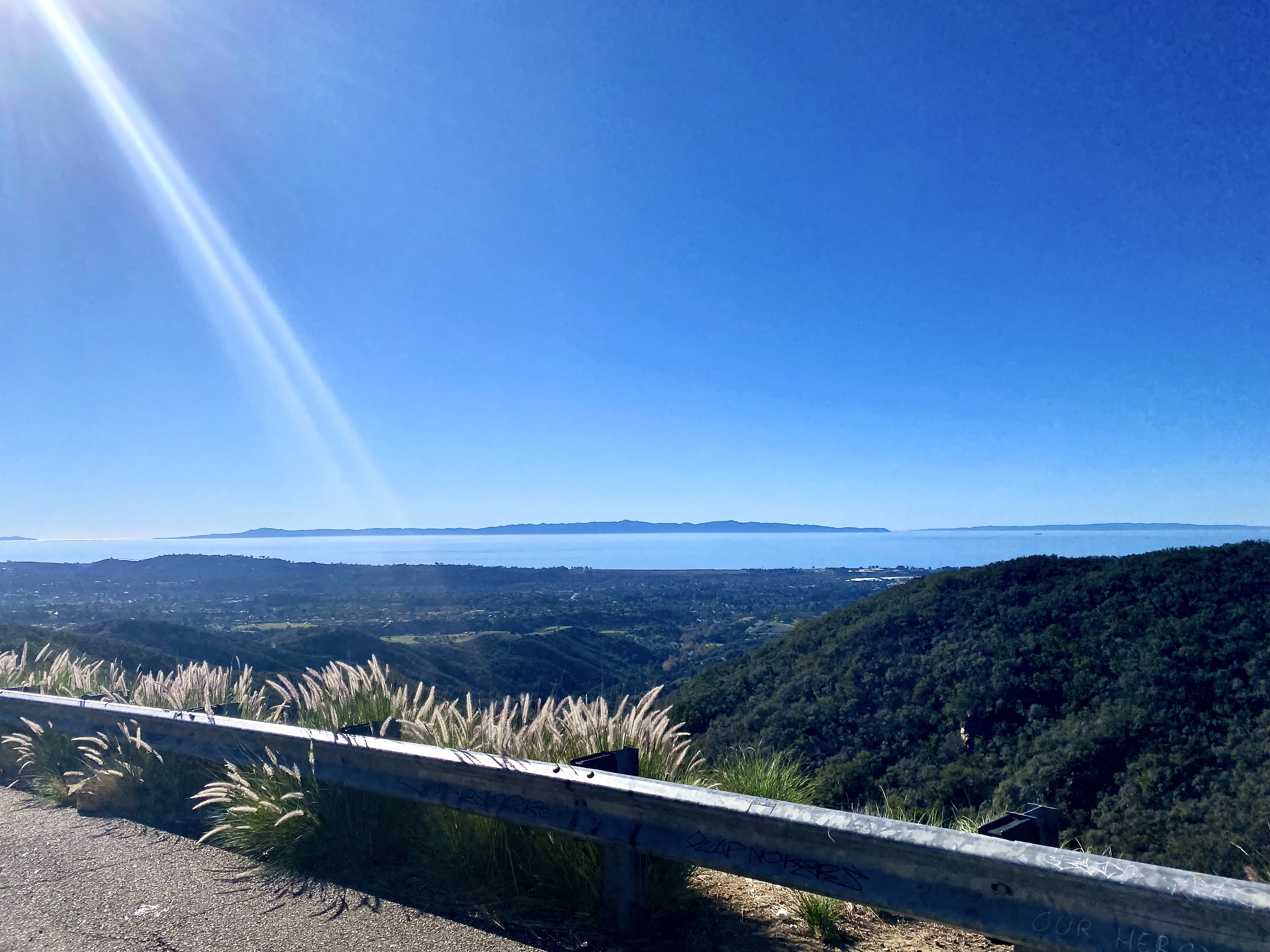 Pictured above in the distance is San Miguel one of the Channel Islands along the Santa Barbara Coastline. This time of the year, we have magnificent clear days.

There are camping facilities on the island.  There are also two airstrips, as well as a research station.  There is fossil evidence of dwarf mammoths and a giant mouse. There is a fur seal breeding colony and it is the third largest breeding area, and home of the small foxes.

We have not visited yet, but it is in our plans.  Experts have said that the US Channel Islands surpass  the Galapagos in terms of nature life as well as the unusual creatures.

Wishing Everyone an abundance of Saturday smiles and a great weekend!

How beautiful is that photo! What an amazing place you have chosen to live!

Kat Palmiotti  It is known as a deer mouse, but on San Miguel they are bigger.  This is a picture from the Park site.  They feed on larvaie and bugs, it is pretty cute, not resemblance to Mickey or Minnie. Wayne Martin I am amazed at the history.  At one time there were wool sheep ranches that were on the island. A

Michael Jacobs I have lived here a long time, and I am still discovering interesting bits about our state...we are blessed with an abundance of treasures, don't you think?  A

Brian England I learn something new every day about California.  There is never a dull moment in our state.  A

Raymond Henson, eXp Realty I just looked up Goodyear.  I have no idea where it was.  A

Grant Schneider this time of the year, we have the most beautiful days with a slight chill in the air.  A

As I write this comment to you, I look at the sky outside our office window and it is that same blue this morning!  Happy Saturday to you.  A

Bill Salvatore - YVP Blog Thank you for your comment, I hope you are enjoying your weekend.  A

Alexandra, thank you for sharing this special picture of San Miguel Island with us. The lighting is perfect 👍👍👍

Paul S. Henderson, REALTOR®, CRS That lighting was Nature at work.  Thank you for your lovely comment.  A

Hi Ron and Alexandra- I hope you'll go so that we can see it through your eyes!!!

San Miguel sounds like an exciting opportunity to discover more about your area Ron and Alexandra. I do enjoy looking at your photos, thank you for sharing them!

Ed Silva we are blessed with several islands here.  Santa Cruz is the one we see most often and that is also rich in nature  and conservation.  One of the smaller island became a refuge for the bald eagle that has thrived as a result.  There is even a web cam where the fledglings can be seen.  A

Kathy Streib it is a bit complicated.  The US Navy owned the island and used it as a lookout during WWII.  They have since created a trail and removed all the mines or dangerous artifacts, and one has to sign a waiver.  There are camping grounds (not our style), however, if we can get on a helicopter to get there....worning on it. A

Wanda Kubat-Nerdin - Wanda Can! I love our state, and I love discovering its natural resources and beauty.  A